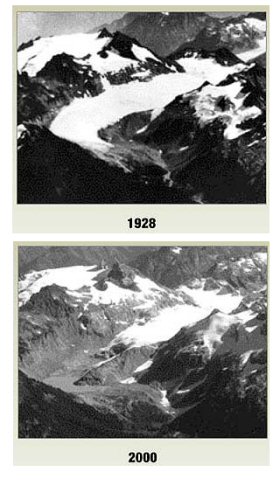 Writing in Science Express, researchers from Lawrence Livermore National Laboratory (LLNL) and the Scripps Institution of Oceanography predict a bleak future for California's water supply because of the dwindling amount of snow in the Sierras. They say the snowpack in the Sierras has shrunk by 20 percent and average temperatures there have increased by nearly 2 degrees Fahrenheit. A similar temperature rise has also been documented in The Rocky Mountains.

"We looked at whether there is a human-caused climate change where we live, and in aspects of our climate that we really care about," said Benjamin Santer of LLNL. "No matter what we did, we couldn't shake this robust conclusion that human-caused warming is affecting water resources here in the Western United States."

By looking at air temperatures, river flow and snowpack over the last 50 years, the team determined that the human-induced increase in greenhouse gases has seriously affected the water supply in the West. And the future brings more of the same. "It's pretty much the same throughout all of the Western United States [South Cascade Glacier, Washington, pictured]," said co-researcher Tim Barnett of Scripps. "The results are being driven by temperature change. And that temperature change is caused by us."

The two researchers predict that by 2040, most of the snowpack in the Sierras and Colorado Rockies would melt by April 1 of each year because of rising air temperatures. The earlier snow melt would lead to a shift in river flows. The shift could lead to flooding in California's Central Valley. Currently, state reservoirs are filled during the rainy season. As the water is drawn down, the reservoirs are replenished with snow melt from the Sierras.

If that snow melts earlier, as predicted in the climate models, the reservoirs could overflow. "We are headed for a water crisis in the Western United States that has already started," Barnett said. "A couple of decades ahead, we might not have that snowpack, making us more susceptible to flooding."

Santer said the increase in predicted river flow should be a wake- up call to officials that the water supply infrastructure needs to be updated now, as opposed to waiting until the situation is urgent. As for the warming, with the existing greenhouse gas in the atmosphere, the Earth will continue to warm for the next 80-100 years. "For someone who has seven grandchildren, that scares the hell out of me," Barnett said. "I've seen the future and I don't like it."