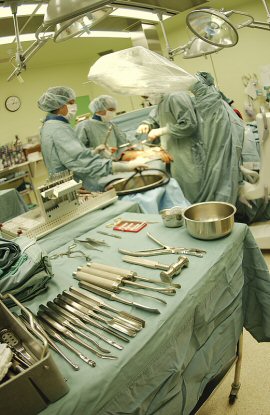 An Australian teenager who received a liver transplant has astonished medical experts by taking on her donor's immune system. Writing in The New England Journal of Medicine, doctors from Sydney's Westmead Children's Hospital reported that the teenager's blood group had changed to the donor's blood type. Other tests revealed the stem cells from the donor liver had penetrated her bone marrow.

Astonishingly, the doctors involved found the girl's immune system had almost totally been replaced by that of the donor and she no longer has to take anti-rejection drugs.

"We consulted widely throughout the hospital and then looked at the medical literature and consulted colleagues around the world to see if anyone had seen this kind of thing before," Westmead's Dr Michael Stormon told ABC News. "No one had, so we were stunned and amazed."

Doctors from Westmead Children's Hospital, the University of Sydney and the Australian National Liver Transplant Unit are researching the phenomenon further.