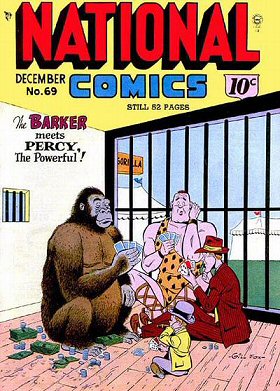 Historically, scientists believed that behavioral differences between colonies of chimpanzees were due to variations in genetics. A team at Liverpool, however, has now discovered that variations in behavior are down to chimpanzees migrating to other colonies, proving that they build their "cultures" in a similar way to humans.

Primatologist, Dr Stephen Lycett, writing in the Proceedings of the National Academy of Sciences, explains: "We knew there were behavioral differences between chimpanzee colonies, but nobody really knew why. It was assumed that young chimpanzees developed certain behavioral characteristics from the genes passed down from their parents, but there was no evidence to clearly support this. It was also thought that because behavior was dictated by biology, chimpanzees did not have a 'culture' in the same way that humans do."

"This explains why some colonies, for example, use similar methods for finding food, adopting certain behavior and adapting different methods to suit their own environment. In this sense we can see for the first time that culture exists in our closest relatives," Dr Lycett concluded.

Related:
Human - Chimp Differences A Matter Of Lifestyle
More Evidence Of Our Close Relationship With Chimps
Early Humans And Chimps Much More Than Just Good Friends
Bonobos Put One Over Chimps