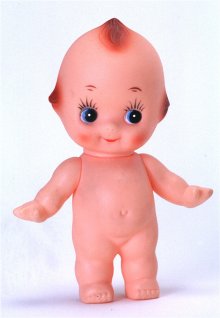 A new study from Cornell University has found that even very small amounts of lead in children’s blood – amounts well below the current federal standard – are associated with reduced IQ scores.

Conducted over a six-year period, the study examined cognitive function in children whose blood-lead levels (BLLs) were below the CDC’s standard of 10 micrograms per deciliter (mcg/dl) – about 100 parts per billion. The researchers compared children whose BLLs were between 0 and 5 mcg/dl with children in the 5-10 mcg/dl range.

The researchers found that the average IQ scores of children with BLLs of only 5 to 10 mcg/dl were about 5 points lower than the IQ scores of children with BLLs less than 5 mcg/dl. “Even after taking into consideration family and environmental factors known to affect a child’s cognitive performance, blood lead played a significant role in predicting nonverbal IQ scores,” said study author Richard Canfield. “Our findings emphasize the very real dangers associated with low-level exposures, suggesting the need for more stringent regulations.”

According to the CDC, about 2 percent of children in the United States between ages 1 and 5 has a BLL above 10 mcg/dl and about 10 percent of children have BLLs of 5 mcg/dl or higher. “The bottom line,” said Canfield, “is that lead is a persistent neurotoxin that causes brain damage. The fact that lead has been found in millions of toys, even toys specifically designed for children to put into their mouths, presents an unacceptable risk. Our findings suggest the need to re-evaluate the current federal standards for lead in consumer products and the current definition of an elevated BLL in children.”