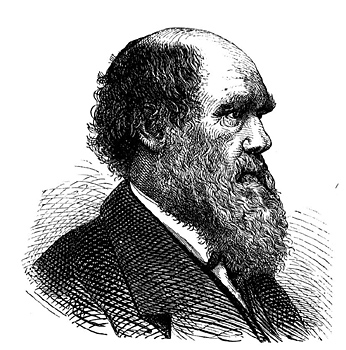 Taking a "chance" is one of the impulses that drives evolution. But when do cells retain specific gene sequences, and when do they allow evolution to experiment with them? Now, new research from the Weizmann Institute indicates that a sort of "risk distribution law" is in effect.

Prof. Naama Barkai of the Weizmann Institute's Molecular Genetics Department recently took a look at gene expression - the process in which the encoded instructions are translated into proteins - and the evolution of mechanisms in the cell for controlling that expression. Changes in genes, and thus in protein structure, are a double-edged sword: They can give cells new abilities or advantages for survival, but they can also spell disease or death for the organism.

So, how does evolution "decide" which genes need to be conserved, and which it can change freely? What keeps these genes safe from the ongoing experimentation that's constantly carried out on other genes?

Barkai says her team have discovered a sort of "risk distribution law" for evolution. They found that a genetic "phrase" that regularly shows up in the promoter region of genes (the bit of genetic code responsible for activating the gene) contains a key to gene conservation: The expression of a gene that contains the sequence TATA in its promoter is more likely to have evolved than that of a gene that does not have TATA in its promoter. In other words, the level of risk appears to be written in the gene code, in a way that's similar to financial risk analysis: When the cost of error is high, an investor's willingness to chance the risk is low, but if the cost of a mistake is negligible, even if the chance of making one is high, the possibility of gain may make the risk worthwhile. Evolution, it seems, discovered this principle millions of years before the stock market.

To discover whether this difference is connected to changes in gene expression, the team tested 50 genes that play a role in processing oxygen in both species. They discovered one gene segment - a bit responsible for expression of these genes - that had changed in the course of the genome doubling in cerevisiae. The effects of this change were seen in over 50 genes and dramatically affected the oxygen requirements of the yeast. The ability to live without oxygen might give cerevisiae a clear advantage over its sister yeast if there were a radical change in the make-up of the Earth's atmosphere. But it is exactly this combination of environmental change and genetic experimentation that has fueled evolution for millions of years and is still driving it today.