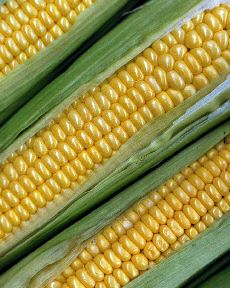 A widely planted variety of genetically engineered corn has the potential to harm aquatic ecosystems, suggests a study published in the Proceedings of the National Academies of Sciences. The study was conducted by Indiana University (IU) environmental scientists who established that pollen and other plant parts containing toxins from genetically engineered Bt corn are washing into streams.

IU’s Todd Royer found that Bt corn byproducts increased mortality and reduced growth in caddisflies – aquatic insects that are related to the pests targeted by the toxin in Bt corn. “Caddisflies,” Royer noted, “are a food resource for higher organisms like fish and amphibians. And, if our goal is to have healthy, functioning ecosystems, we need to protect all the parts. Water resources are something we depend on greatly.”

Bt corn is engineered to include a gene from the micro-organism Bacillus thuringiensis, which produces a toxin that protects the crop from pests. It was licensed for use in 1996 and quickly gained popularity. In 2006, around 35 percent of corn acreage planted in the U.S. was genetically modified.

Before licensing Bt corn, the EPA conducted trials to test its impact on water biota. But it used Daphnia, a crustacean commonly used for toxicity tests, and not insects that are more closely related to the target pests, the study noted.

“Every new technology comes with some benefits and some risks,” Royer said. “I think probably the risks associated with widespread planting of Bt corn were not fully assessed.” He added that there was considerable variation in the amount of byproducts found at study locations. And there is likely also to be significant geographical variation; farmers in Iowa and Illinois, for example, are planting more Bt corn than those in Indiana.

Planet Formation May Be Rare In Universe