You are here: Home › News › Environmental Persistence Of Tamiflu Causes Concern
By Will Parker on October 3, 2007 in News 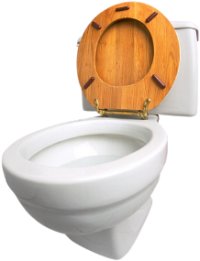 “Antiviral medicines such as Tamiflu must be used with care and only when the medical situation justifies it,” said Björn Olsen, of the Uppsala University and the University of Kalmar. “Otherwise there is a risk that they will be ineffective when most needed, such as during the next influenza pandemic.”

While Tamiflu use is limited in most countries, some nations use the drug very heavily. “Use of Tamiflu is low in most countries, but there are some exceptions such as Japan, where a third of all influenza patients are treated with Tamiflu,” explains co-researcher Jerker Fick.

“The biggest threat is that resistance will become common among low pathogenic influenza viruses carried by wild ducks,” explains Olsen. “These viruses could then recombinate with viruses that make humans sick to create new viruses that are resistant to the antiviral drugs currently available.” The researchers advise that the problem must be taken seriously so that humanity’s future health will not be endangered by too frequent and unnecessary prescription of the drug today.