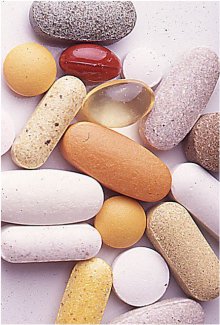 In the presence of fat, vitamin C may actually increase, rather than reduce, certain cancer causing chemicals, says a new study in the journal Gut. The findings were based on an analysis of the effects of fat and vitamin C on nitrite chemistry in the upper (proximal) stomach, which is especially vulnerable to pre-cancerous changes. Nitrites, which are present in certain preserved foodstuffs, may be converted to cancer causing compounds called nitrosamines.

Nitrosamines are formed in acidic conditions, such as those provided by stomach acid, but vitamin C inhibits their formation, by converting nitrite to nitric oxide. The researchers replicated the chemical conditions of the proximal stomach and measured the formation of nitrosamines, oxygen, and nitric oxide.

Without fat, they found that vitamin C curbed the levels of two nitrosamines by a factor of between 5 and 1,000. But when 10 percent fat was added, vitamin C actually boosted the production of nitrosamines between 8- and 140-fold. The researchers say that nitric oxide, formed when vitamin C reacts with nitrite in acid, can diffuse into fat and then react with oxygen to form nitrosoamine generating chemicals.

Of concern to the researchers is the fact that fat remains in the proximal stomach for some time after a meal and also makes up a substantial amount of the cells lining the stomach. The authors believe the findings may be related to recent studies that showed vitamin C supplements fail to reduce overall cancer risk.