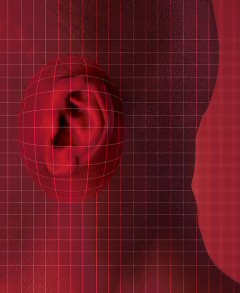 Just like human mothers, rhesus monkeys also use special “baby talk” vocalizations to engage and interact with their infants, a new study from the University of Chicago has found. The researchers speculate that the high pitched, musical form of speech known as “motherese” may be biological in origin.

“The acoustic structure of particular monkey vocalizations called girneys may be adaptively designed to attract young infants and engage their attention, similar to how the acoustic structure of human motherese, or baby talk, allows adults to visually or socially engage with infants,” explained Dario Maestripieri, Associate Professor in Comparative Human Development at the University.

To compile the study, the researchers studied a group of free-ranging rhesus macaques on an island off the coast of Puerto Rico. They studied the vocalizations exchanged between adult females and found that grunts and girneys increased dramatically when a baby was present. They also found that when a baby wandered away from its mother, the other females looked at the baby and vocalized, suggesting that the call was intended for the baby.

Maestripieri noted that the calls appear to be used to elicit infants’ attention and encourage their behavior. Interestingly, they also appeared to increase social tolerance in the mother and facilitate interactions between females and babies generally.

The study concluded that the grunts and girneys emitted by the rhesus macaques fall into the category of vocalizations not intended to convey specific information, and appear to be used to attract other individuals’ attention or change their emotional states. When females vocalize to young infants, however, the infants’ mothers infer that the females simply want to play with the infants and are unlikely to harm them. Therefore, these vocalizations may facilitate adult females’ interactions not only with infants, but with the infants’ mothers as well.