You are here: Home › News › New Study Slams Male Circumcision As HIV Preventative
By Will Parker on June 21, 2007 in News 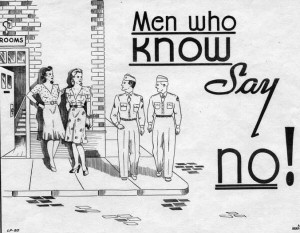 Male circumcision, which had previously been found to lessen the risk of contracting HIV, is largely irrelevant, suggests a new study. Rather, it is the number of prostitutes in a country that determines the spread of HIV infections, says researcher John R. Talbott, in the journal PLoS ONE.

After conducting statistical empirical research across 77 countries, Talbot contends that prostitute communities are typically very highly infected with the virus, and because of the large number of sex partners they have each year, can act as an “engine” driving infection rates to unusually high levels in the general population.

He adds that while male circumcision may indeed reduce the risk of transmission by around 50 percent in each sexual encounter, reducing single encounter transmission rates alone cannot control the epidemic. Why? Because individuals in highly infected countries have multiple contacts with the infected, so reducing transmission rates only defers the inevitable.

Talbot argues that the low HIV infection rates in pro-circumcision Muslim countries in North Africa aren’t due to circumcision, but rather the fact that there are significantly fewer prostitutes in northern Africa on a per capita basis. It appears that religious families in the north, specifically concerned fathers and brothers, do a much better job protecting their daughters from predatory males than do those in the south. A history of polygamy in these Muslim communities does not appear to contribute to a higher AIDS prevalence as previously speculated.

Attempting to identify the main drivers behind Africa’s AIDS epidemic, Talbot notes that Africa as a whole has four-times as many prostitutes as the rest of the world and that they are four-times more likely to be infected with HIV. He claims that some southern Africa countries have as many as 7 percent of their adult females infected and working as prostitutes, while in the developed world the percentage is only around 0.1 percent.

If Talbot’s analysis passes muster it may have important health policy implications. Several international AIDS organizations are already providing funding for male circumcisions in Africa as a deterrent to HIV. But the real question, says Talbot, is what can be done about the world’s oldest profession. He argues that if prostitution were legalized, and treatment and care provided to the practitioners, there would be much more reason to be hopeful about curbing Africa’s epidemic.

Related:
African Trial Shows Circumcision “Can Save A Lot Of Lives”