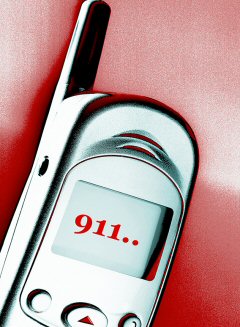 The US government is getting serious about the continuing honeybee die-off with plans for millions of dollars of grants for programs get honeybees back on the road to good health. In the meantime, entomologists from dozens of institutions are working to identify what's behind the staggering decline in honeybees that's hit 27 states in the US as well as countries in Europe and Asia.

The theory that cell phone emissions may be scrambling bees' navigational systems has not been completely ruled out, but experts believe the cause is more likely to be related to parasites, pathogens and/or pesticides. Finding the cause is becoming increasingly urgent, with around $12 billion of crops annually relying on honeybees for pollination.

"Just like in the immediate aftermath of a natural disaster, there are a lot of conflicting and inaccurate reports circulating," said Cornell entomologist Nicholas Calderone. "What we do know is that there are an awful lot of dead bees. We are looking for patterns."

The third possible culprit is a class of insecticides known as neonicotinoids. At certain levels these insecticides may impair the bees' abilities to learn, leading some scientists to believe exposed bees may leave the hive and get lost. "The studies don't seem to indicate that the doses they [the bees] are encountering are having any detectable effect on foraging behavior, though more research is needed," said Calderone.

There was currently too little evidence supporting the idea that electromagnetic radiation could be causing the bee deaths, noted Calderone. He also said that even if the cause of the new deaths were; "cured tomorrow, we would still be operating in crisis mode due to mite damage."