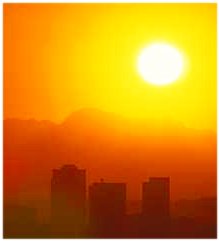 The latest issue of the journal Ecology carries a study showing that migratory birds in urban areas are choosing to stay-put rather than hit the road on their usual migratory journeys. Working with European blackbirds (Turdus merula), researchers Jesko Partecke and Eberhard Gwinner, conclude that the new adaptive traits could lead to the production of more offspring.

"The decision to migrate is probably influenced by both genetics and environment," write Partecke and Gwinner. "In this study, we wanted to determine if changing migratory habits were due to changes in genetic composition in urban populations, or were environmental-induced."

The experiment to test the effects of environment and genetics on migration habits involved raising birds from both urban and forest environments. The researchers monitored their movements at night and during the day and measured body fat, an indicator that the bird is preparing for migration. The researchers also looked at sexual maturity, to see if migratory disposition had an impact on the seasonal timing of reproduction.

While the researchers found little difference between forest and urban females, they observed that urban males were less likely to migrate. Interestingly, the males were also more likely to develop gonads earlier in the season than their forest counterparts with higher migratory propensity.

The researchers believe that migratory drive is genetically driven and consider it likely that the changes are the result of microevolutionary adaptations following urbanization. They speculate that the sedentary males are not only able to establish territories and to begin pair formation earlier than migratory birds, but also may have a longer reproductive season. The earlier onset of favorable conditions for breeding in urban areas should, thus, favor selection for staying-put. The researchers note that the advantages from non-migration are far greater for the males than the females.