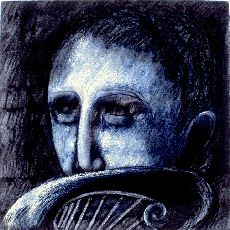 Scientists from the University of Bristol and University College London have found that treating mice with soil bacteria altered their behavior in a way similar to that produced by antidepressant drugs. The findings, reported in Neuroscience, indicate that the dung-loving bacterium Mycobacterium vaccae activated a group of neurons in the brain that produce serotonin.

It has long been suspected that the immune system plays in role in depression, but the mechanics of the relationship have not been well understood. "These studies help us understand how the body communicates with the brain and why a healthy immune system is important for maintaining mental health. They also leave us wondering if we shouldn't all be spending more time playing in the dirt," said lead author Dr Chris Lowry, from Bristol University.

The study took place after human cancer patients being treated with M. vaccae unexpectedly reported increases in their quality of life. Lowry and his colleagues reasoned that this effect could be caused by activation of the neurons in the brain that secrete serotonin - a chemical that when lacking is thought to cause depression in people.

Looking closely at the brains of mice after treatment with M. vaccae, the researchers found that the bacterium did indeed activate neurons associated with the production of serotonin. The researchers speculate that M. vaccae's effects on the behavior of mice may be due to increasing the release of serotonin in the parts of the brain that regulate mood. Lowry said that future studies will look more closely at the antidepressant effects of M. vaccae and other bacteria.