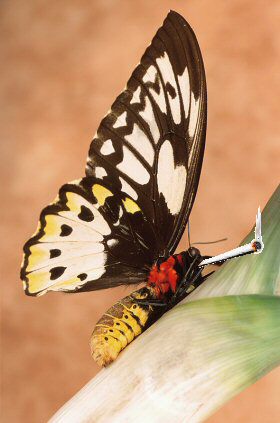 It isn't just humans that have problems with nicotine. Researchers from the Max Planck Institute for Chemical Ecology have found that certain plants use nicotine to increase the number of visits by birds and other pollinators, thus spreading their pollen more effectively and increasing their own genetic diversity. The findings appear in The Plant Journal.

They examined the nectar of a wild tobacco species, Nicotiana attenuata, and discovered that it contained 35 secondary compounds. The researchers then tested 16 of these with three groups of native visitors - hawkmoths, hummingbirds (both pollinators) and ants (nectar thieves that don't provide any pollination services). While some compounds were attractive and others weren't, certain nectar blends seem to increase a flower's chances of being visited by useful pollinators while discouraging nectar thieves.