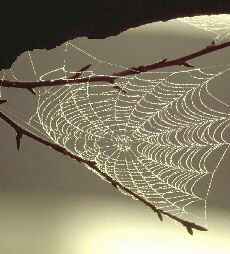 Researchers from all over the world have banded together to try and answer one of biology's most intriguing questions. Why are males larger than females in some animal species (such as most mammals), yet females larger than males in others (most insects)?

Study leader, Wolf Blanckenhorn, of the Zoological Museum at the University of Zurich, believes that enlisting many scientists to investigate the evolution of sexual size dimorphism overcomes the limitation of single researchers working with - and thus having data on - only particular animal groups.

Blanckenhorn's brigade set out to investigate how sexual size dimorphism comes about by looking at comparative data on 155 species of insects and spiders (arthropods) from 7 major groups. The results, published in The American Naturalist, suggest that growth rate differences between the sexes are more important than growth period differences in mediating size dimorphism in arthropods.

In most arthropod groups females are larger, so they must therefore grow more rapidly - a pattern markedly different from primates and birds, which were also analyzed and in which differences in growth period between the sexes were generally more dominant.