You are here: Home › News › Human Diaspora May Have Occurred Later Than Previously Thought
By Will Parker on January 12, 2007 in News 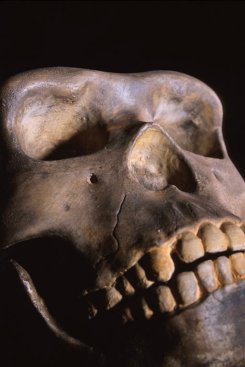 “The idea is that modern humans developed around 100,000 years ago or so in east Africa,” says Goebel. “When they developed the physical and behavioral repertoire that we consider to be modern, they then successfully colonized new areas. This new evidence suggests that modern humans spread out of Africa very late in the Pleistocene era.”

“What we have are three pieces of the puzzle and they help us test the new theory and all pretty much support this notion that modern humans evolved in Africa and then they spread from Africa,” said Goebel.