Science In 2006: Peering Into The Year Ahead 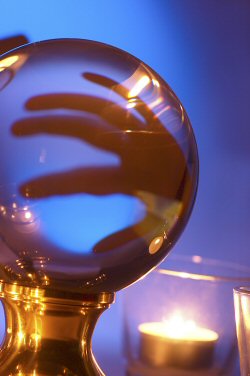 Initially, this article was to be about scientific predictions for 2006, but what became abundantly clear after making various enquiries is that the very nature of scientific exploration means that things move glacially; genuine "Eureka!" moments are few and far between, and predictions of a scientific nature are seldom realized in the short span of a year. The recent media frenzy surrounding South Korea's fallen stem cell hero Hwang Woo-Suk reminds us that science, while striving for the establishment of new knowledge, is also about the tearing down of falsities. But despite the grim prognosis for science predictions, we have managed to ferret out some interesting tidbits from a grab-bag of researchers in various scientific fields.

Steve Grand, author of Growing Up With Lucy, says that: "The odd thing about New Year predictions is that I never want any of them to happen!" He says that in his field of brain science: "things move pretty slowly, and if you can guess in January what's likely to happen in your field by December then the chances are that things are going to look pretty much the same then as they do now, and that's just disappointing. In the brain sciences - and their engineering counterpart, artificial intelligence - I think we've been accumulating a whole bunch of tantalizing, usually counterintuitive clues about how intelligence actually works over the past few years. These things are currently staring us in the face but we don't know what to make of them, and many scientists don't even want to acknowledge them."

Also confining himself to his area of expertise, Professor Johan Prins, from the University of Pretoria, was daring enough to offer up some decidedly concrete predictions for 2006. Professor Prins has been writing extensively on renormalization in quantum field theory (QFT) and superconducting, and the book he is currently working on, parts of which will be presented here as a future feature article, treats these topics in such a way that he is likely to turn the world of physics on its head. One of Prins' major predictions for 2006 is that: "it will be accepted that superconduction at room and much higher temperatures has been and can be generated; and the technology will emerge to modify suitable materials to this end."

Prins' second major prediction has to do with renormalization. Renormalization is a stopgap procedure that has been used for many years in QFT and statistical mechanics when it becomes clear that the relationships between observable quantities are infinite. When faced with such a situation the mathematical construct of renormalization is used in order to arrive at a workable finite quantity. This controversial system has worked up until now, but an increasing number of physicists are now claiming that the entrenched process of renormalization - only ever meant as a temporary mathematical tool - may be preventing further advancement in the understanding of fundamental physics. Prins predicts that: "Einstein will be vindicated and the present quantum field theories will have to be modified to be based on more physically realistic concepts. This will eliminate the need for renormalization. This, in turn should lead very quickly to a more coherent viewpoint in physics; akin to a Theory of Everything." Prins even, ahem, suggests a name for such a grand unifying theory: "I will of course prefer it to be called a Grand Overall Description."

Apart from "waiting with bated breath for the return of Stardust," the comet-tail chasing spacecraft due to touchdown in a couple of days, Chris Rose, Associate Director of Rutgers WINLAB Technology Center, like Grand, is cautious of making any predictions. But as it happens, talking to Rose highlights the fact that there are some technological trends in the area of human communications that are difficult to ignore. Trends that are likely to reshape society in fundamental ways in the short term. The rise of Apple's iPod and other such devices with a large and portable memory offer immediate and profound changes to society. As Rose reminds us, the capacity of Apple's iPod is now 60 GB, which is keeping apace with many desktop PCs. "I think the convergence of extremely massive and cheap electronic memory and portable electronic devices (like cellular phone cameras) will start to herald even more of an information society," says Rose.

These days most people seeking vital bits of information or, just as equally, trivialities and salacious gossip, tend to head straight for Google. Rose ponders what would eventuate if something akin to Google and the iPod were ever to merge. "Gordon Bell at Microsoft has been pursuing something called "My Life Bits" (also called Lifelog when there was a targeted DARPA program and also now called e-chronicles) where the basic idea is that we each could record everything about our lives. Imagine if such repositories could be (with permission, of course) shared and searched like the web? Having up to the minute news from non-traditional news sources would certainly change society in ways we can only dimly imagine."

"The increasing capacity of inexpensive memory, "Moore's Law" electronic device advances and the continued expansion of the Internet into the wireless realm will begin to usher in an "ultra-blog" society where information from all over can be shared, searched and vetted in almost real time.  Rather than being top-down, like "big brother", this emerging technology will almost certainly be bottom-up; like the Internet, which will support it," Rose added.

As for predictions and "Eureka!" moments relating to other fields of science and technology in 2006 we will probably just have to sit tight and wait… and wait… and wait. Steve Grand's take on predictions regarding AI could just as easily relate to the speculations and hypotheses of any scientist in any field in any research lab: "Will they suddenly crystallize out and make sense in 2006? Who knows? We're so near yet so far, like an electron about to make a quantum transition. One day it'll just pop into place without warning. Next week would be nice..."