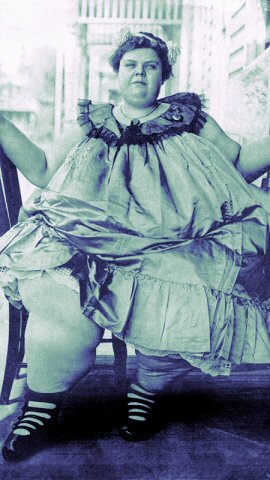 English doctors say that if nothing is done, the rising prevalence of obesity could bankrupt the country's health system. The warning, published in the British Medical Journal, comes on the heels of new statistics that reveal well over half the United Kingdom's population is overweight and more than one in five adults is obese.

The cost of obesity to the health services in Western nations is currently estimated at around 9 percent, and the overall social cost of the condition is seen as a major hindrance to economic development. "People clearly have some responsibility for their health, but society and government also have a responsibility to make the preferred, easy choices healthier ones.

It is increasingly apparent that most individuals are unable to make enough 'proactive' changes to prevent excess weight gain but are simply 'reactive' to their environment. What is provided is what is eaten so what is provided has to change," said Naveed Sattar, one of the authors of the article.

He added that education alone will fail to halt the current obesity epidemic, and environmental changes (physical, food, and fiscal policy) are urgently needed. Prevention, according to the article, is the only economic long term solution to the problem, and to that end the authors recommend that:

Interestingly, Sattar claims that as the prevalence and costs of obesity escalate, the economic argument for giving high priority to obesity and weight management through a dedicated coordinating agency will ultimately become overwhelming. Until that happens, Sattar says that society must accept that many people now need drugs (and in some cases, surgery) to cut the risks inherent in obesity, and to limit its progression.