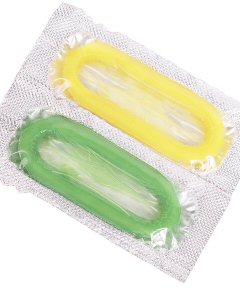 A study being conducted by the Indian Council of Medical Research (ICMR) suggests that condoms available in India are oversized and the poor-fit is causing a large number of breakages and slippages. Researchers involved in the two-year study say that the final results will lead to new recommended sizes for condoms.

Statistics indicate that India has an abnormally high rate of condom failure - around 20 percent - where the established failure rate in other countries is around 2 percent. "While improper usage is one of the reasons, there is also condom slippage or tear, which is associated with the size of the condom in relation to an erect penis," said Dr Chander Puri, a reproductive health expert at ICMR.

The penis size data for the study was gathered using a somewhat bizarre methodology - measuring hundreds of different men. It involved ICMR researchers measuring the length and width of the erect members of men who visited various family planning centers throughout India. Interestingly, the researchers say that the study has revealed some correlations between penis size with socio-economic status, geographical location and bodily dimensions of the man.