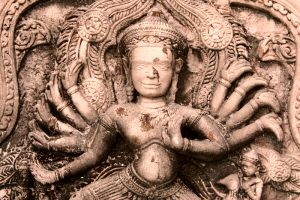 While salamanders can regrow a leg, most animals don't have the ability to replace missing limbs. But experimental results from the Salk Institute for Biological Studies, where researchers were able to regenerate a wing in a chick embryo, suggest that such regenerative powers exist innately in all vertebrates - including humans.

The study, published in Genes and Development, ties regeneration in vertebrates to the powerful Wnt signaling system (a complex network of proteins best known for their roles in embryogenesis and cancer). Activating the Wnt pathway overcomes the barrier to regeneration in vertebrates that can't normally replace missing limbs, while curiously, the same pathway appears to block regenerative ability in animals who are normally able to regenerate their limbs (frogs, zebrafish and salamanders).

"In this simple experiment, we removed part of the chick embryo's wing, activated Wnt signaling, and got the whole limb back - a beautiful and perfect wing," said lead researcher, Juan Carlos Izpis�a Belmonte. "By changing the expression of a few genes, you can change the ability of a vertebrate to regenerate their limbs, rebuilding blood vessels, bone, muscles, and skin - everything that is needed."

Belmonte's experiment suggests that although many animals have lost their ability to regenerate limbs, conserved genetic machinery may still be present, and can be made functional. He explained that manipulating Wnt signaling in humans is not possible at this point, but he hopes that these findings may eventually offer insights into current research examining the ability of stem cells to build new human body tissues and parts. "This is the reverse of how we currently are thinking of using stem cells therapeutically, so understanding this process could be very illuminating," he said. "It could be that we could use the Wnt signaling pathway to dedifferentiate cells inside a body at the site of a limb injury, and have them carry out the job of building a new structure."

Manipulating regeneration functionality involved the researchers using inhibitory and excitatory factors for Wnt signaling, which they delivered directly to the site where the limb was removed. "The signal restarted the process, and genes that were involved in the initial development of the limb were turned back on," Belmonte said. "It is simply amazing."

The procedure was tricky, however, as if Wnt signaling is activated for too long, cancer results. "This has to be done in a controlled way, with just a few cells for a specific amount of time," he said. "The fact is that this pathway is involved in cell proliferation, whether it is to generate or regenerate limbs, control stem cells, or produce cancer."