Back To The Drawing Board For Human Migration Patterns 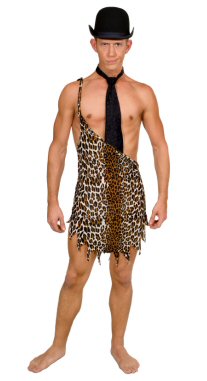 Human polyomavirus (also known as JCV), a benign virus used as a marker in tracing human migration, may be unreliable, say researchers at Penn State, forcing the reappraisal of studies that were based on it. The results of the study also suggest that other viruses like JCV might be undergoing much higher rates of evolution than previously thought.

JCV is a small double-stranded DNA virus that is thought to be primarily transmitted from parents to their children. Infection is usually asymptomatic.

There are more than 14 subtypes of the virus, each of which is associated with different human populations such as African, Japanese, South Asian, and European. Population geneticists had previously assumed that the virus has been with humans since their emergence from Africa. "Because of this presumed codivergence with human populations, JCV has been widely used as a genetic marker for human evolution and migration," explained Penn State's Laura Shackelton.

While previous studies of genetic variation have observed some differences between the distribution of JCV and human populations, the extent of the differences in their evolutionary histories has never been fully tested. To tackle this deficit, Shackelton and her colleagues analyzed 333 genetic sequences of the virus and reconstructed their evolutionary history. They then compared this history to the reconstructed history of human populations, based on mitochondrial DNA.

"If the virus had been with humans since we were a single population, and we have almost strictly transmitted it to our children, you may expect that as populations became isolated, the virus lineages diverged as well," Shackelton explained. But, while both sets of data indicated a period of relatively constant population size followed by a rapid increase, a closer look revealed that while human populations started to expand considerably about 50,000 years back, the viral population expanded only in the last few hundred years. "The most genetically divergent human populations are in Africa," said Penn State's Laura Shackelton. "But, in the case of this virus, strains from European communities appear to be the most divergent."

She added that other inconsistencies were also found. "There are several instances of one population group harboring a subtype typically associated with another group. For example, one finds viruses from the Japanese and Korean subtype in the European subtype group - another incongruence. If the virus had been strictly passed down from parent to child and had kept step with human migration, one would expect the various subtypes to group together geographically," she explained.

The study, published in the Journal of Virology, also noted that if the co-evolution of the virus and human populations were as strict as previously thought, one would not find so many differences in the family trees of the virus and humans. Shackleton and her co-researchers concluded that DNA viruses may not have a slow rate of evolution as previously thought, and that the viruses like JCV might in fact be evolving twice as fast.