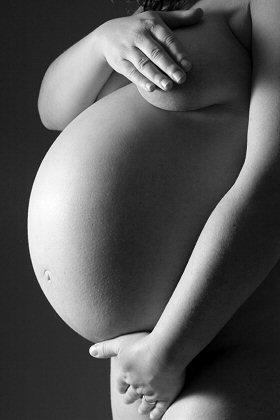 Toxoplasma gondii, a parasite usually found in cats that can also infect humans, has been getting more than its fair share of the limelight lately. Fresh on the heels of speculation about T. gondii manipulating human behavior on a massive scale to advance its own survival, comes news that the parasite also appears to be exerting a very strong gender selection function in human pregnancies.

Infection by T. gondii is usually facilitated through the consumption of raw or undercooked meat, or, food or water contaminated with soil containing cat feces. Infection results in toxoplasmosis, which can lie dormant and go undetected in humans. Human infection by T. gondii is common. Worldwide, rates vary between 20 - 80 percent of the population, with under-developed nations being the worst affected.

The new gender-bending findings, published this week in the journal Naturwissenschaften, show that women harboring dormant toxoplasmosis are much more likely to give birth to boys than women who are toxoplasma negative.

The researchers, from the Czech Republic, analyzed the effect of dormant toxoplasmosis on the probability of a male birth using clinical records of babies born between 1996 and 2004 in private maternity clinics. The records included information on the mother's age, the concentration of toxoplasma antibodies in the mother's blood, previous deliveries and the sex of the newborn. They found that the presence of the parasite in the mother's blood greatly increased the likelihood that these women would give birth to a boy - in some cases by as much as two boys for every three births.

Interestingly, the probability of a male birth increased with higher levels of toxoplasma antibodies. The researchers speculate that the increased survival of male embryos in infected women may be explained by toxoplasmosis' modulating and suppressing effects on the immune system.

Could T. gondii be stealthily engineering a male gender-preferenced world made up of schizophrenics and neurotics? Perhaps, but the researchers caution that while toxoplasmosis appears to be the cause of the increase in male births, they cannot establish cause and effect. "An independent confirmation of this conclusion by a manipulative experiment [by experimental infection of animals] is necessary," they suggest.