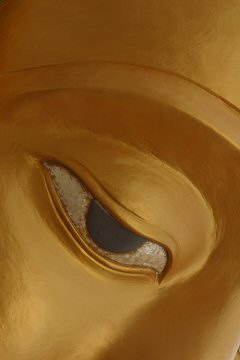 Researchers from Rice University have created a digital camera that uses a single-pixel sensor and hundreds-of-thousands of tiny mirrors to capture mega-pixel images. Don't expect single-pixel digital cameras in the stores anytime soon though, as the technology will most likely be used in devices for imaging wavelengths outside the visible spectrum, where the cost of sensors can be prohibitively expensive.

Central to the new camera's functionality is a silicon chip covered with hundreds of thousands of mirrors the size of a single bacterium. Unlike a normal one-mega-pixel camera that captures one million points of light for every frame, Rice's camera creates an image by capturing just one point of light, or pixel, several thousand times in rapid succession. Some fancy new mathematics then come into play and reassemble a one-mega-pixel image from the thousands of single-pixel images.

The silicon chip is known as a digital micro-mirror device (DMD) and is used primarily in digital projectors, where digital information is converted to light. The Rice researchers have turned this functionality on its head so that the mirrors are used to capture light instead. The mirrors are capable of facing only two directions, so when a computer interprets information from them, it sees 1's or 0's.

In the new camera, the image from the lens is shined onto the DMD and bounced from there though a second lens that focuses the light reflected by the DMD onto a single photodiode. The mirrors on the DMD are shuffled at random for each new sample. Each time the mirrors shift, a new pixel value is recorded by the photodiode. In effect, the lens and DMD do what the microchip in a normal digital camera usually does; they compress the data from the larger picture into a more compact form.

Interestingly, the new camera works best when the light from the scene under view is scattered at random and turned into noise that looks like television static. "White noise is the key," said Rice's Richard Baraniuk. "Thanks to some deep new mathematics developed just a couple of years ago; we're able to get a useful, coherent image out of the randomly scattered measurements."

Only stationary objects have been photographed so far, but the researchers say they should be able to adapt the "time-multiplexed" photographic technique to produce images similar to a home snapshot because the mirrors inside DMDs can alter their position millions of times per second. However, their initial efforts are aimed at developing the camera for scientific applications where digital photography is unavailable. "For some wavelengths outside the visible spectrum, it's often too expensive to produce large arrays of detectors," said researcher Kevin Kelly. "One of the beauties of our system is that it only requires one detector. We think this same methodology could be a real advantage in terahertz imaging and other areas."