You are here: Home › News › Testosterone Apocalypse!
By Will Parker on August 29, 2006 in News 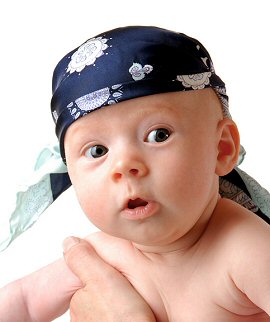 The world could be headed toward a testosterone fueled apocalypse triggered by lop-sided sex ratios, according to a new study published in the Proceedings of the National Academy of Sciences. The researchers, from China and the UK, say that cultures like China and India that favor male babies have bred an enormous surplus of men who will struggle to find sexual partners and will likely find themselves marginalized in society.

“The ratio of men to women in most populations is remarkably constant if left untouched. The tradition of son preference, however, has distorted these natural sex ratios in large parts of Asia and North Africa. Sex-selective abortion and discrimination in care practices for girls have led to higher female mortality. Although health care for women is generally improving, these advances have been offset by a huge increase in the use of sex-selective abortion, and there are now an estimated 80 million missing females in India and China alone,” explained Dr Therese Hesketh, co-researcher from the University College London Institute of Child Health.

The study states that over the next 20 years, there will be a 12 to 15 percent excess of young men in parts of China and India.

Dr Hesketh, and co-researcher Dr Zhu Wei Xing, from the Zhejiang Normal University in China, say that these men will remain single and become outcasts, as marriage is regarded as de rigueur in their societies. The researchers contend that as these men become aware of their lonely future, they will engage in antisocial behavior, violence, sexual assault, organized crime and terrorism; threatening stability and security across the globe.

“When there is a shortage of women in the marriage market, the women can ‘marry up’, inevitably leaving the least desirable men with no marriage prospects. For example, in China 94 percent of all unmarried people age 28-49 are male and 97 percent of them have not completed high school. In these communities, the growing number of young men with a lack of family prospects will have little outlet for sexual energy,” explained Hesketh. “This trend could lead to increased levels of antisocial behavior and violence. Gender-related violent crime is consistent across cultures. Furthermore, when single young men congregate, the potential for more organized aggression is likely to increase substantially, and this has worrying implications for organized crime and terrorism,” she added.

Luckily, there may be some light at the end of this testosterone tunnel. “As the number of women in a society drops, so their social status should rise and they should benefit from their increased value. This will lead to more balanced sex ratios as more couples choose to have girls,” explained the researchers.

But they add that measures to reduce sex selection are still urgently needed and should include strict enforcement of existing sex selection related legislation, equal rights for women, and public awareness campaigns about the dangers of gender imbalance. Such measures will hopefully see the bias in sex ratio gradually decline over the next two to three decades. But somewhat gloomily, the researchers add that; “the damage for a large number of today’s young men and boys has already been done.”

Studies on Sex-Ratio in Drosophila pseudoobscura. I. Selection and Sex- Ratio

The Sex Ratio in the Mule by Craft, W.A.

Independence of Sex Ratio and Diet-Induced Changes in Blood-pH of Mice by Weir..

The Control of the Sex Ratio

The Population Genetics of "Sex Ratio" in Drosophila Pseudoobscura by A. W. F...

Causes of Variation in Sex Ratio and Sex Combination in Multiple Births in She..

Available Bacteria and the Sex Ratio in Moina by Stuart, C. A.; Banta, A. M.

Studies in the Human Sex Ratio, 2. The Proportion of Unisexual Sibships by Ber..