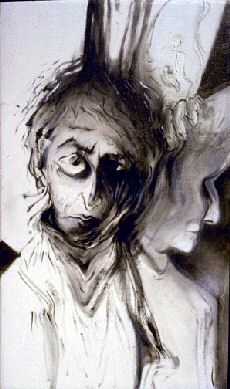 University of Utah researchers have found that a nerve toxin used by venomous sea snails can dock with nicotine receptors in the brain, which could lead to new treatments for certain mental illnesses and brain diseases.

The study, to be published in the 25 August edition of The Journal of Biological Chemistry, was led by J. Michael McIntosh, a research professor of biology and professor of psychiatry, who in 1979 discovered another medical toxin (specifically, a conotoxin) known as Prialt. That drug was only approved for use in 2004, and is used for the treatment of extreme pain associated with cancer, injury, AIDS, failed back surgery and some nervous system dysfunction. The new toxin - called alpha conotoxin OmIA - was isolated from a cone snail known as conus omaria, whose natural habitat is the Pacific and Indian oceans.

"We discovered a new toxin from a venomous cone snail that may enable scientists to more effectively develop medications for a wide range of nervous system disorders including Parkinson's disease, Alzheimer's disease, depression, nicotine addiction and perhaps even schizophrenia," said McIntosh.

The OmIA conotoxin is expected to be used in developing numerous new medicines because of its ability to lock on to "nicotinic acetylcholine receptors," which can be found on nerve cells throughout the brain and nervous system. "Those are the same types of receptors you activate if you smoke a cigarette," McIntosh said, while explaining that the nicotine in cigarettes "binds" to receptors that initiate the release of a neurotransmitter. Neurotransmitters are chemicals responsible for carrying the nerve impulses that allow nerve cells to communicate. "Nicotine acts on those receptors in our brain, but they are in our brain for better reasons than to enjoy a cigarette," offered McIntosh.

The new toxin's nicotinic-binding feature also makes it a great candidate for the prevention of substance abuse, says McIntosh, as "nicotinic receptors may be involved in alcohol addiction." The study also found reasons why some people smoked other than addiction, as smoking may alleviate some psychiatric conditions. One nicotinic receptor is known to release a neurotransmitter associated with memory, which could lead to new treatments for Alzheimer's. "One reason people smoke is they feel their thinking may be a little better, with increased attention and focus," McIntosh says, adding that pharmaceutical companies; "would like to mimic that positive benefit without all the downsides of cigarette smoke."

Nicotinic receptors are also known to initiate "the release of serotonin and norepinephrine, two neurotransmitters strongly implicated in mood disorders," says McIntosh, which could lead to treatments for depression and schizophrenia. McIntosh says that this may explain why schizophrenics are often heavy smokers, as it "seems to help them filter out irrelevant stimuli. They can focus better."

McIntosh says that the toxin itself will not become a drug, but will be used as an effective tool to more accurately identify and isolate nicotinic receptor "locks" and design new medicines to act as "keys," releasing a specific neurotransmitter. "It is the picture of the binding site and the ability to distinguish one type of nicotinic receptor from another that makes the toxin so valuable," he adds.

"The whole idea is to make the model of the nicotinic receptor so predictive that you can then really speed up the development of drugs," McIntosh says. "If you have an accurate model of the receptor, you can plug in a model of your drugs and do a lot of 'virtual screening.' Rather than synthesizing a million compounds and having all but one be duds, you can synthesize a few thousand compounds based on the model and come up with a better drug with less time and resources."