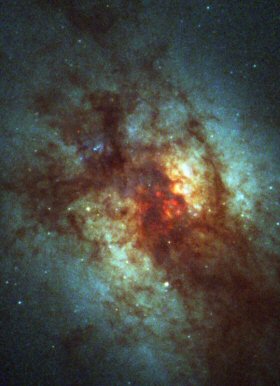 The number that specifies the expansion rate of the universe, the Hubble constant, has been independently determined using NASA's Chandra X-ray Observatory. The new result agrees with figures obtained using other methods and also extends their validity to greater distances, allowing astronomers to probe earlier epochs in the evolution of the universe.

"The reason this result is so significant is that we need the Hubble constant to tell us the size of the universe, its age, and how much matter it contains," said NASA's Max Bonamente, lead author of the paper describing the results. "Astronomers absolutely need to trust this number because we use it for countless calculations."

In the Chandra measurement, astronomers used x-ray data from Chandra in conjunction with radio observations of galaxy clusters located 1.4 billion - 9.3 billion light years from Earth. Using this method, the team found the Hubble constant to be 77 kilometers per second per megaparsec (a megaparsec is equal to 3.26 million light years), with an uncertainty of about 15 percent. Using the earlier methods, the Hubble constant had been found to be 72, give or take 8 kilometers per second per kiloparsec. The new Chandra result is important because it offers the independent confirmation that scientists have been seeking.