You are here: Home › News › Quantifying A Mystical Experience: Hallucinogenic Research Gets To Grips With Spirituality
By Will Parker on July 11, 2006 in News 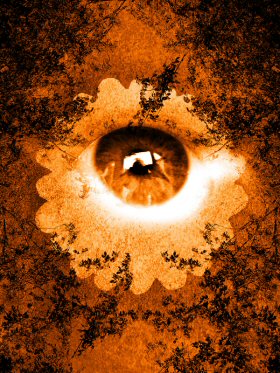 Researchers at Johns Hopkins have found that an active agent contained in “sacred mushrooms” can induce strikingly similar mystical experiences in different subjects; and the experiences seem to be descriptively identical to spontaneous epiphanies that people have reported for centuries. Preempting accusations of pseudoscience due to the nature and subject matter under investigation, the researchers emphasized that their experiments followed a strict and meticulous scientific methodology. Interestingly, the researchers observed that exposure to the hallucinogen had a residual effect on subjects, with reported positive changes in behavior often lasting for several months.

The active agent found in sacred mushrooms is a plant alkaloid called psilocybin. As with other hallucinogens, psilocybin mimics the effect that serotonin has on brain receptors, but exactly which parts of the brain they affect, or how it affects them, remains a mystery. “A vast gap exists between what we know of these drugs – mostly from descriptive anthropology – and what we believe we can understand using modern clinical pharmacology techniques,” says study leader Roland Griffiths, a professor with Hopkins’ departments of Neuroscience and Psychiatry and Behavioral Biology. “That gap is large because, as a reaction to the excesses of the 1960s, human research with hallucinogens has been basically frozen in time these last forty years.”

The study, published in Psychopharmacology, has attracted much interest from health professionals and academics alike, with no less than Charles Schuster, the director of the National Institute on Drug Abuse (NIDA), providing positive feedback. Schuster praises the study as a systematic approach in the spirit of work that began during the 1950s, which demonstrated that hallucinogens might have therapeutic applications in addition to furthering understanding of human consciousness and sensory perception. “Human consciousness… is a function of the ebb and flow of neural impulses in various regions of the brain – the very substrate that drugs such as psilocybin act upon,” Schuster says. “Understanding what mediates these effects is clearly within the realm of neuroscience and deserves investigation.”

The authors of the study have been careful to point out that ingestion of psilocybin outside of controlled scientific conditions is risky, emphasizing the importance of strict supervision. “Even in this study, where we greatly controlled conditions to minimize adverse effects, about a third of subjects reported significant fear, with some also reporting transient feelings of paranoia,” says Griffiths. “Under unmonitored conditions, it’s not hard to imagine those emotions escalating to panic and dangerous behavior.” Despite the occasional uncomfortable moment, the team and participant feedback reports showed that no real physiological harm had occurred, and nor was there any sign of addiction to the drug. “In this regard,” says Griffiths, “it contrasts with MDMA (ecstasy), amphetamines or alcohol.”

Some members of the team were skeptical about the supposed mystical properties of psilocybin, including Griffiths. But despite his reservations, Griffiths found “that, under very defined conditions, with careful preparation, you can safely and fairly reliably occasion what’s called a primary mystical experience that may lead to positive changes in a person. It’s an early step in what we hope will be a large body of scientific work that will ultimately help people.”

It should perhaps be noted that the study was based on 36 healthy, middle-aged, well-educated subjects who already led spiritually active lives. “We thought a familiarity with spiritual practice would give them a framework for interpreting their experiences and that they’d be less likely to be confused or troubled by them,” Griffiths says. But is it possible that the choice of participants could have prejudiced the findings? It could be argued that the “mystical” experience may have been partly self-induced – albeit with the aid of the drug – as hallucinogens are also said to open users up to suggestion. The team plans to conduct more tests, so this facet of the experiment may be cleared up at a later point.

The team is also sensitive to the likelihood that people may find their research a tad unusual, and perhaps even a little far out (man). But Griffiths says that they are doing basic research: “to take advantage of the possible benefits psilocybin can bring to our understanding of how thought, emotion, and ultimately behavior are grounded in biology.” Griffiths is at pains to stress that the objectives and methodology do fall within known boundaries of science. “We’re just measuring what can be observed,” he says; “We’re not entering into ‘Does God exist or not exist.’ This work can’t and won’t go there.”

Griffiths’ team claims that while under the effect of psilocybin, 60 percent of the participants described what could be classed as a “full mystical experience.” While this may seem a subjective and therefore problem-riddled thing to measure, there exists, apparently, a well established psychological sliding scale to measure such episodes. The effects of psilocybin were so great among the group that approximately 30 percent said that the experience was the primary spiritually significant event of their lives, with approximately 70 percent rating it in their top 5. To put this into perspective, participants rated the experience alongside the birth of their first child, or the death of a parent.

The team also observed a residual benefit that the participants experienced months after the initial hallucinogenic experiments. After their drug induced mystical experience, 79 percent of subjects believed that their lives had become more satisfying; with many also believing that their overall mood and state of mind had been significantly improved. Friends, family and associates of the participants are said to have substantiated their claims in follow-up interviews conducted by the research team.