You are here: Home › News › HIV’s Virulence An Evolutionary Accident
By Will Parker on June 16, 2006 in News 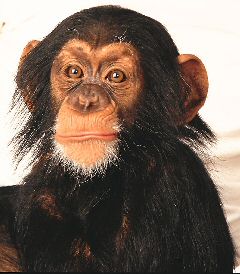 The high virulence of HIV-1 might be due to an accident of evolution, say researchers writing in the journal Cell. They believe gene function lost during the course of viral evolution predisposed HIV-1 to spur the fatal immune system failures that are the hallmarks of AIDS. HIV is unusually lethal when compared to similar viruses. Simian immunodeficiency virus (SIV), for example, is rampant among many species of monkeys; but infected non-human primates usually don’t suffer the symptoms associated with AIDS. The new study is the first attempt to offer an explanation for this striking difference.

The researchers, from the University of Ulm in Germany and the University of Nottingham in England, found that a viral protein earlier shown to help the virus evade the immune system, thereby allowing the SIVs that infect monkeys to persist and multiply with high efficiency, also has a protective role in the host immune system. The viral Nef protein ratchets down the activation of critical agents of immunity called T cells following SIV infection, thereby limiting the detrimental effects otherwise caused by chronically strong immune activation. The HIV-1 Nef protein, and those of its closest related simian viruses, however, lack this protective function, leaving those infected susceptible to the heightened immune activation associated with progression to full-blown AIDS.

“Nef-mediated suppression of T cell activation is a fundamental property of primate lentiviruses that likely evolved to maintain viral persistence in the context of an intact host immune system,” said researcher Frank Kirchhoff. “The findings suggest that the gene function was lost during viral evolution in a lineage that gave rise to HIV-1 and may have predisposed the simian precursor of HIV-1 for greater pathogenicity in humans. Heightened immune activation is the only clear cut difference between pathogenic and non-pathogenic infections with the immunodeficiency viruses. The observed difference in Nef function may provide – for the first time – a mechanism to explain why many monkey species naturally infected with SIV do not develop disease.”

More than 30 SIVs have been molecularly characterized, and all encode a Nef gene. However, Kirchhoff noted, functional information about the gene’s role had been almost exclusively derived from the HIV-1 version of Nef. To get a broader evolutionary perspective in the current study, Kirchhoff’s group examined nef gene variants taken from a variety of divergent SIV lineages. Nef variants from the great majority of primate SIVs, including the less virulent human strain HIV-2, suppress the expression of a receptor normally found on the surface of T cells, making the immune cells less responsive to activation, the researchers found. In contrast, the researchers report, the nef gene of HIV-1 and a subset of closely related SIVs failed to limit T cell activation and death.

“Intriguingly, this loss of Nef-mediated suppression of T cell activation appears to have occurred twice, once in the ancestor of a group of viruses infecting Cercopithecus monkeys, and once in SIVcpz, the ancestor of HIV-1 which infects chimpanzees,” said study coauthor Paul Sharp, of the University of Nottingham. “What these viruses have in common is a vpu gene, not found in other SIVs, and so it’s tempting to speculate that the presence of vpu is somehow causally related to the change in Nef function.”

Previously, Nef was thought to enhance persistence and replication of the virus. Now, researchers think the gene’s role may be less black and white. “SIV Nef not only facilitates SIV persistence but may act as a ‘rheostat,’ allowing high enough levels of T cell activation to ensure sufficient viral replication and transmission, while at the same time preventing escalation of immune activation to levels that may be harmful to the host,” the researchers said.

The results hint at the possibility of treatments that could carefully limit the immune system in infected humans. “A strong immune response can be good in the short term, but if sustained for a long time as in those with HIV, it can exhaust the immune system,” Kirchhoff said. “If you could somehow dampen the response, it might effectively convert the condition to the more chronic, asymptomatic infection seen in monkeys.”

A Note on the Maintenance of Virulence by Bacillus Abortus, Bang by Surface, F..