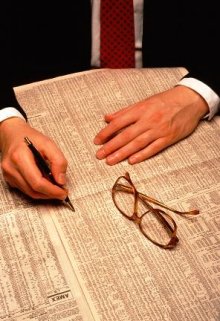 “This research shows that people take mental shortcuts, even when it comes to their investments, when it would seem that they would want to be most rational,” said Oppenheimer. “These findings contribute to the notion that psychology has a great deal to contribute to economic theory.”

The two psychologists were initially looking for a different effect when they stumbled upon the relationship between ease of pronounceability and performance. They asked a group of students to estimate how well a series of fabricated stocks would perform based only on the stocks’ names. “We gave them the list of company names and essentially asked, ‘How well do you think the stock would perform?'” Oppenheimer said. “At the time, we were primarily interested in studying whether we could manipulate how people interpret the feeling that information is easy to process. We weren’t trying to study markets or companies initially; stocks were just an interesting domain of inquiry.”

But the relationship was very strong – regardless of the researchers attempts to manipulate the students’ interpretations. The researchers then moved beyond the lab and investigated the relationship between the variables in two large US stock markets – the New York Stock Exchange and the American Exchange. They found that the effect held in the real world as well: the more “fluent” a stock’s name or symbol, the more likely the stock was to perform well initially.

“We looked at intervals of a day, a week, six months and a year after IPO,” Alter said. “The effect was strongest shortly after IPO. For example, if you started with $1,000 and invested it in companies with the 10 most fluent names, you would earn $333 more than you would have had you invested in the 10 with the least fluent. We thought it was possible that larger companies might both adopt more fluent names and attract greater investment than smaller companies,” he said. “But the effect held regardless of company size. We also showed that the effect held when we controlled for the influence of industry, country of origin, and other factors.”

“This is not the only factor that plays a role in stock performance,” Oppenheimer said. “A number of other economic and psychological factors undoubtedly play a role as well. This study does not argue that psychology is more important than economics, but rather that one cannot ignore psychological variables when constructing models of stock performance.”