You are here: Home › News › Intra-Molecular Movement Of Protons Observed
By Will Parker on March 3, 2006 in News 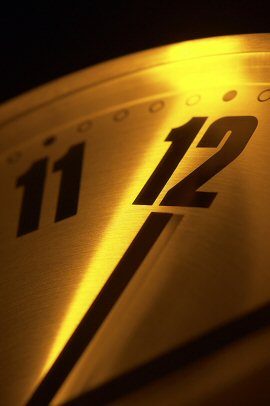 Using time-slices of just 100 attoseconds (one attosecond equals one billion-billionth of a second), scientists from Imperial College London say they can now track individual protons moving in a molecule, paving the way for the direct observation of chemical reactions and potentially opening a new window on the fundamental processes occurring in chemistry and biology. The researchers, writing in Science, say their observations of hydrogen and methane molecules at 100 attosecond increments are the fastest ever recorded.

Capturing the movements of protons – the lightest and speediest components of a molecule – will allow researchers to study molecular behavior previously too fast to be detected. “Slicing up a second into intervals as miniscule as 100 attoseconds, as our new technique enables us to do, is extremely hard to conceptualize. It’s like chopping up the 630 million kilometers from here to Jupiter into pieces as wide as a human hair,” explained Imperial’s John Tisch.

To accomplish this high-resolution time-slicing, the scientists used a specially built laser capable of producing extremely brief pulses of light. This pulsed light has an oscillating electrical field that exerts a powerful force on the electrons surrounding the protons, repeatedly tearing them from the molecule and driving them back into it. This causes the electrons to carry a large amount of energy, which they release as an x-ray photon before returning to their original state.

How bright this x-ray is depends on how far the protons move in the time between the electrons’ removal and return. The further the proton moves, the lower the intensity of the x-ray, allowing the researchers to infer how far a proton has moved during the electron oscillation period.

The new technique means scientists will soon be able to measure and control the ultra-fast dynamics of molecules. “Control of this kind underpins an array of future technologies, such as control of chemical reactions, quantum computing and high brightness x-ray light sources for material processing. We now have a much clearer insight into what is happening within molecules and this allows us to carry out more stringent testing of theories of molecular structure and motion. This is likely to lead to improved methods of molecular synthesis and the nano-fabrication of a new generation of materials,” said Jon Marangos, Director of the Blackett Laboratory Laser Consortium at Imperial.

Ball lightning all in the mind, say physicists