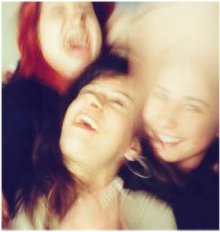 Just when does an adolescent transform into a mature, responsible adult? Some parents who are still cooking, washing and picking up after their 18 year old offspring may suspect the answer is never. These parents may feel vindicated when they hear of two Dartmouth researchers who claim that a person's brain continues developing toward adult maturity well into their early twenties.

To achieve comparative results, a group of older students, aged 25 to 35, were used as a control group. "During the first year of college, especially at a residential college, students have many new experiences," says Baird. "They are faced with new cognitive, social, and emotional challenges. We thought it was important to document and learn from the changes taking place in their brains."

The team's experiment returned results that were consistent with their initial hypothesis; that there are significant changes taking place in the brains of people beyond age 18. The researchers say that the changes were localized to areas of the brain that integrate emotion and cognition. These areas of the brain are important, and in combination act as the interface between our internal emotional world and our perception of the external environments in which we live.

"The brain of an 18-year-old college freshman is still far from resembling the brain of someone in their mid-twenties," says Bennett. "When do we reach adulthood? It might be much later than we traditionally think."

The team's accomplishment is an important addition to a mounting body of research committed to the period of human development between adolescence and adulthood. Research such as this may one day inform parents about what their children are going through psychologically as they grow toward the responsibilities of adulthood, and, more importantly, when and how they are likely to get there. Is it possible that "protecting" adolescents from worldly experiences may actually stunt their progress toward adulthood? Perhaps this research should come as a warning to parents that wrapping kids in cotton wool will not ultimately help them develop their mental faculties as much as sending them out into the big-bad-world will.