You are here: Home › News › Turbulent 73 Years Over For Physicists
By Will Parker on February 1, 2006 in News 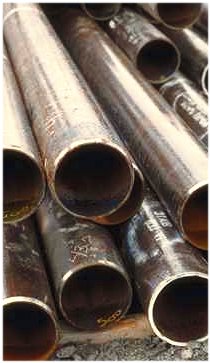 Scientists at the University of Illinois at Urbana-Champaign believe they can now explain a phenomenon that has eluded explanation for over 70 years. Fluid turbulence, or more specifically, understanding and predicting the behavior of fluid friction, has baffled physicists for over 70 years.

Fluid friction is a complicated business. Back in 1933, Johann Nikuradse measured the friction that a fluid experiences as it is forced through a pipe at varying speeds. He found, logically enough, that as the frictional component gets smaller, the speed gets larger. But counter-intuitively, friction increases at higher speeds before attaining a constant value. While the phenomenon has never been entirely understood, it must be calculated into the construction of everything from airplanes to oil pipelines. Up till now, engineers have used Nikuradse’s measurements when designing anything where fluid friction will be a factor.

But it looks like those days may be gone, thanks to researchers Gustavo Gioia and Pinaki Chakraborty. They explain this hitherto impenetrable phenomenon in the journal Physical Review Letters, showing how this behavior arises from fundamental properties of the way in which energy is distributed among the swirling eddies that populate a turbulent flow.

“Turbulence is the jittery, swirling behavior of a gas or liquid when flowing next to a wall or around an obstacle,” explained Gioia, a professor of theoretical and applied mechanics.

“Although most of the flows that surround us in everyday life are turbulent flows over rough walls, these flows have remained one of the least understood phenomena of classical physics. Because of this breakthrough, engineers can now calculate the friction force found along rough walls, rather than rely upon a chart or table based on the Nikuradse data,” Chakraborty added.

Interestingly, the related work of University of Illinois physics professor Nigel Goldenfeld, demonstrates that the new theoretical explanation implies that the turbulent state is not random, but instead contains discrete statistical correlations that are similar to those known to exist at phase transitions, such as the onset of magnetism in crystals. “These findings suggest a new tack for theorists trying to understand turbulence,” Goldenfeld said. “The roughness of the pipe walls is important and affects the flow in ways previously overlooked.”