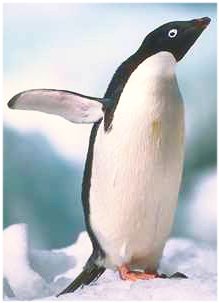 A study looking into the dynamics of glacier flow and ice sheet breakdown has found that the melting of major ice sheets, and the subsequent rise in sea level, may occur much more rapidly than previously thought. The researchers say that the rapid structural breakdown of some important parts of the ice sheets on Greenland and Antarctica is possible based on some "startling changes" observed on the margin of these ice masses. They add that current projections of sea level rise should be considered as a minimum to expect, and that the levels could be much higher and happen much more quickly.

"Most of the sea level rise we're now expecting in the next 200 years is due to thermal expansion of water, not the overall loss of ice from Greenland and Antarctica," said geoscientist Peter Clark, from Oregon State University. "But recent events we've studied with improved observational systems and computer modeling suggest there may be much more going on. We may be more vulnerable to sea level rise than we thought and it may be more rapid than we have anticipated."

The scientists, from institutes in both the U.S. and Europe, say that the melting and collapse of floating ice shelves near the coasts of Greenland and Antarctica will continue and in the process destabilize the ice sheets behind them. This could cause a much more rapid flow of ice to the sea and lead to melting events that go significantly beyond those already anticipated.

But it is the rapid collapse of some glaciers that has caused most concern. Current climate models suggest that global warming will cause some melting of glacial ice in Greenland over the next century or two, but that may be largely offset by increased precipitation and glacial buildup in Antarctica. During that period, thermal warming of the Earth's oceans is expected to increase sea level by about one-half meter. But the breakdown of the glaciers currently being studied could double the sea level rise to a full meter, Clark explained.

The study notes that Jakobshavn glacier in Greenland has nearly doubled its flow speed in the past decade. Along the Antarctic Peninsula, warming over the past few decades has caused retreat or near-total loss of several ice shelves, some of which had existed for thousands of years. In 2002 the Larsen B Ice Shelf in Antarctica collapsed, and major tributary glaciers entering the former ice shelf began to move 2 to 8 times faster than they had previously. And large glaciers feeding the Antarctic Amundsen Coast have thinned and accelerated by up to 26 percent over the last three decades.

It's become clear that the West Antarctic Ice Sheet is one of the most vulnerable in the world to these types of rapid breakdowns, said Clark. He believes that future modeling of potential sea level rise must take into account the mechanisms for breakup of major ice sheets in Greenland and Antarctica. If these mechanisms continue and prove to be significant, sea level projections will have to be revised upward. "The real problem would occur if these smaller glacial breakups trigger larger ones, and rising sea levels by themselves might cause a feedback mechanism which would further speed up the process," he concluded.