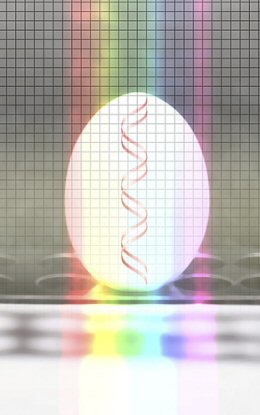 The 1918 Spanish flu killed an estimated 40 million people, and unlike other flu strains that usually impact the very young and elderly, the Spanish flu hit otherwise healthy adults particularly hard. Now, many in the scientific community believe it is only a matter of time before a global pandemic of avian flu strikes, so researchers are racing against time to learn what they can from a reconstruction of the Spanish flu virus, which is closely related to avian flu viruses.

The reconstructed virus is being studied at the Centers for Disease Control and Prevention (CDC) where stringent safety conditions are employed to contain the virus. The research is being conducted by a number of institutes including the Mount Sinai School of Medicine, the Armed Forces Institute of Pathology and The United States Department of Agriculture. Mount Sinai School of Medicine researchers have received a US patent for the technique they developed to create viruses from DNA. The technique, known as reverse genetics or Plasmid Rescue Technology, is specifically designed to work with viruses that use RNA for storing their genetic material.

To reconstruct the virus, the researchers used an approach called "reverse genetics," which involves transferring gene sequences of viral RNA into bacteria and then inserting combinations of the genes into cell lines, where they combine to form a virus. The researchers also produced variations of the virus for comparison, with certain Spanish flu genes replaced by the corresponding genes from other flu viruses. They studied the viruses' effects in mice, chick embryos and human lung cells and identified the combination of genes that was responsible for the Spanish flu virus' extreme virulence.

One gene associated with high virulence was the HA gene, which encodes the hemagglutinin surface protein that helps the virus attach to cells and replicate properly. This gene seemed to be responsible for much of the severe lung damage reported in people infected with the Spanish flu. The three genes encoding the viral "polymerase" enzymes, which form the virus' basic replication machinery, were also found to be a factor in high virulence. "Given that HA is responsible for so much pathology in the lung, if we could identify the mechanism for how that happens and then block it, perhaps it would be useful for antiviral development. With the identification of the polymerase genes contributing to disease, that represents another set of genes that might also be a good target for prophylactic and therapeutic interventions," CDC researcher Terrence Tumpey explained.

In the past, the length of time required for the production of vaccines is too long for an effective response to a strain as virulent as the ones that have caused pandemics. Traditional vaccine production is also a somewhat hit or miss procedure which relies on nature taking its course until by chance a virus with the desired characteristics is obtained. But the reverse genetics technique allows researchers to custom build viruses to meet their needs.

The method is faster and also provides a means for researchers to alter the virus to have markers that allow safer handling and to eliminate pathogenic markers to enhance the safety of the vaccine. Custom building viruses for vaccines also facilitates greater quality control by reducing genetic variation in production. The technique also makes practical the idea of developing a library of vaccines against a broad spectrum of avian viruses that have the potential to jump into humans. With such a stockpile, production of vaccines could begin as soon as circulating strains are identified.

Source: Mount Sinai School of Medicine, American Association for the Advancement of Science