You are here: Home › News › More Success With Stem Cells For Spinal Injuries
By Will Parker on September 20, 2005 in News 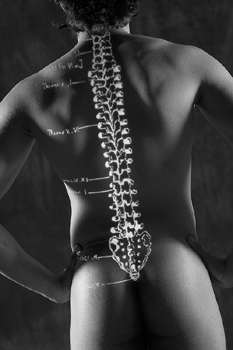 An article in the Proceedings of the National Academy of Sciences carries news of the use of adult human neural stem cells to successfully regenerate damaged spinal cord tissue in mice. The researchers, from the University of California Irvine Research Center, said that the treatment could hold great potential for new therapies to help those with spinal cord injuries. This study differs from others that have used human embryonic stem cells because the human neural stem cells that were used were not “coaxed” into becoming specific cell types before transplantation.

The researchers – Brian Cummings and Aileen Anderson – used adult human neural stem cells which were injected into mice with spinal cord injuries. Once transplanted, the stem cells differentiated into new oligodendrocyte cells that restored myelin around the damaged mouse axons. Myelin is the biological insulation for nerve fibers and is critical for the maintenance of electrical conduction in the central nervous system. If myelin is stripped away, through disease or injury, sensory and motor deficiencies can result and in some cases, paralysis can occur.

As well as restoring myelin, the transplanted cells also differentiated into new neurons that formed synaptic connections with mouse neurons. “We set out to find whether these cells would be able to respond to the injury in an appropriate and beneficial way on their own,” Cummings said. “We were excited to find that the cells responded to the damage by making appropriate new cells that could assist in repair.”

The mice that received the human neural stem cells nine days after spinal cord injury showed improvements in walking ability compared to mice that received either no cells or a control transplant of human fibroblast cells (unlike stem cells, these cannot differentiate into nervous system cells). The stem cell treated mice were able to step using the hind paws and coordinate stepping between paws whereas the control mice were uncoordinated. The cells survived and improved walking ability for at least four months after transplantation. “This work is a promising first step, and supports the need to study multiple stem cell types for the possibility of treating of human neurological injury and disease,” Anderson concluded.

Eggs And Sperm Made From Stem Cells