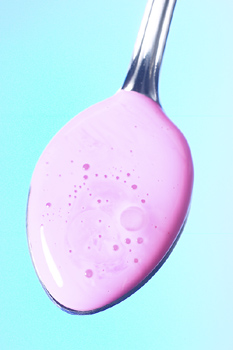 A study from the University of Michigan (U-M) has provided the first direct evidence that endorphins - the brain's own pain-fighting chemicals - do play a role in the phenomenon known as the placebo effect. It appears that just thinking that a medicine will relieve pain is enough to prompt the brain to release these natural painkillers and that this response does indeed correspond with a reduction in feelings of pain.

Previous studies have shown that the brain reacts physically when a person is given a sham pain treatment, but the new study is the first to pinpoint a specific brain chemistry mechanism for a pain-related placebo effect. It may help explain why so many people say they get relief from therapies and remedies that would appear to have no actual physical benefit. The researchers believe it may lead to more efficient use of cognitive, or psychological, therapy for people with chronic pain.

The findings, appearing in the Journal of Neuroscience, are based on positron emission tomography (PET) brain scans from 14 young, healthy men who allowed researchers to inject their jaw muscles with a salt water solution to cause pain. During one scan, they were told they would receive a medicine (in fact, a placebo) that might relieve the pain. They were then asked to rate the intensity of their pain sensations on a scale of 0 to 100. The researchers correlated the participants' ratings with their PET scan images, which were made using a technique that reveals the activity of the brain's natural painkilling endorphin chemicals, also known as endogenous opioids.

The researchers found that after the placebo was administered, they had to increase the amount of additional concentrated salt water needed to maintain the participants' level of pain. According to the researchers, this indicates a reduction in pain sensitivity that the subjects were not aware of. It would appear that thinking they were getting a pain drug allowed the participants to tolerate even more pain-inducing concentrated salt water than before.

"This deals another serious blow to the idea that the placebo effect is a purely psychological, not physical, phenomenon," says the study's lead author Jon-Kar Zubieta. "We were able to see that the endorphin system was activated in pain-related areas of the brain, and that activity increased when someone was told they were receiving a medicine to ease their pain. They then reported feeling less pain. The mind-body connection is quite clear."

All of the participants showed an increase in the activation of their endorphin system after they were told that the "medicine" was coming and the placebo was given. The most pronounced differences were seen in four areas of the brain known to be involved in complex responses to, and processing of, pain: the left dorsolateral prefrontal cortex, the pregenual rostral right anterior cingulate, the right anterior insular cortex and the left nucleus accumbens.

The new study was done only in healthy young men and the researchers say that further studies will be needed to determine whether the effect occurs in women and in people with various illnesses. The power of placebos to ease pain symptoms has been previously documented in many groups of subjects and illnesses, but the researchers contend that their use of healthy young males ruled out the influence of chronic pain, mood disorders and hormone variations, which can also affect the endorphin system.