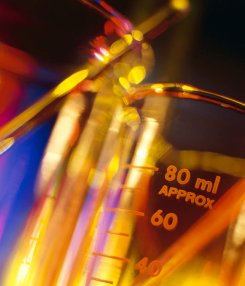 Scientists from Monash University in Australia have rejuvenated the immune systems of mice and humans using a common hormone. Their findings, published in the Journal of Immunology, could represent a breakthrough in the way patients with cancer, AIDS and other immunodeficiencies are treated. The work is also relevant for the ongoing treatment of transplant patients where the immune system fights against the transplanted tissue.

The technique relies on revitalizing the thymus, which produces the T cells required to fight infection but which shuts down from early adulthood. The researchers, led by Richard Boyd and Jayne Sutherland, showed that by inhibiting sex steroids through the Leuteinizing Hormone-Releasing Hormone, the thymus could be re-started. The technique was found to increase the output of new T cells, enhance T cell responses and improve recovery following bone marrow transplants. It also showed, for the first time, that prostate cancer patients who had their sex steroids temporarily blocked had increased levels of new T cells in their blood. The researchers also found that inhibiting sex steroids improved the production of haemopoietic stem cells in bone marrow. These cells provide the necessary raw materials for the bone marrow and thymus to produce blood cells.

The researchers said the work held great promise for those with compromised immune systems brought about by severe viral infection and common cancer treatments such as chemotherapy and radiotherapy. "The resulting immunodeficiency can allow cancer relapse and leave patients at greater risk of infections which are often fatal," said Boyd. "The ability to overcome these immune system deficiencies provides a completely new approach to treating cancer and may work in many other severe clinical conditions such as HIV/AIDS. It may also boost the effectiveness of vaccines to cancer and infections."

The most promising aspect for transplant patients is that the scientists are able to manipulate the way the thymus grows back. They believe they should be able to rebuild the immune system of patients who are receiving transplants so donor material is not rejected. Pre-clinical trials, conducted at Massachusetts General Hospital, have been initiated using the technology to induce immune tolerance to organ transplants.