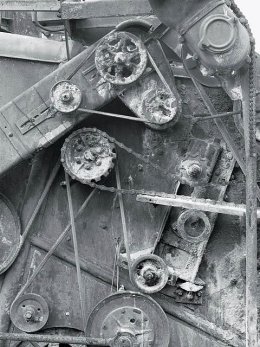 The researchers, two Northwestern University chemists, said the downside of conventional molecular machines are that they are driven as an ensemble, usually by external light or chemistry, and are made up of many molecules. The complexity and size factors make these machines difficult to control. "People envision using molecular machines for computing techniques, sensors, bioengineering and solar cells," said Tamar Seideman, who led the research effort. "Molecular machines have unique functions and properties that are different from macroscopic machines, not only and not primarily because they are of the nanoscale. Rather, they use truly molecular features such as their energy level structure, their dynamics and their response to external stimuli."

Seideman said a practical demonstration of such a molecular motor should not be too far away. "We are encouraged by the rapid progress of experimental methods of making little molecular junctions of this type," he concluded.