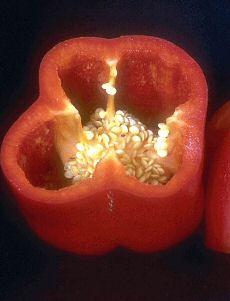 For those basking in a northern hemisphere summer, catching a cold is probably not a significant concern, but for those Science a GoGo readers shivering in a southern hemisphere winter, new research about vitamin C and colds may bring cold comfort.

Since Vitamin C and The Common Cold by Linus Pauling was published in 1970, it has been generally accepted that vitamin C could help prevent and shorten the duration of the common cold. But an article in this month’s PLoS Medicine reviewing past clinical research on this topic, suggests that the public’s enthusiasm for vitamin C may be unjustified.

Researchers Robert M Douglas, from the Australian National University, and Harri Hemil of the University of Helsinki, reviewed 23 past studies on vitamin C and the common cold conducted over the last 65 years. They were attempting to find out whether vitamin C could help in the prevention of a cold. The bad news is that vitamin C didn’t seem to help the general populace in the prevention of colds, although the authors did find evidence that the vitamin could help prevent colds in people exposed to extreme physical exertion, such as marathon runners.

On a more positive note, the researchers did find that those people who were given vitamin C and then caught a cold, experienced a small reduction in the duration of the cold compared with those taking a placebo. In one of the trials, patients who took a single, very high dose of the vitamin (8 g) on the day their symptoms started experienced a shorter illness compared with people who took a placebo pill. The authors say that the results in this single trial are “tantalizing and deserve further assessment.”