You are here: Home › News › Microbes Act As Tiny Electric Generators
By Will Parker on June 24, 2005 in News 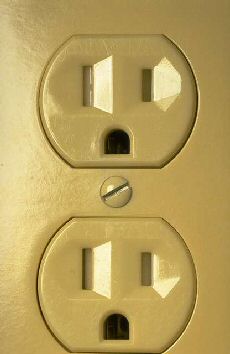 Scientists from the University of Massachusetts have discovered a tiny biological structure that is electrically conductive, which could help clean up groundwater and produce electricity from renewable resources. Writing in Nature, microbiologist Derek R. Lovley’s research team found that the conductive structures, known as “microbial nanowires,” are produced by a microorganism known as Geobacter . The very small nanowires are only 3-5 nanometers in width (20,000 times finer than a human hair), but quite durable and more than a thousand times long as they are wide.

Geobacter are the subject of intense investigation because they are potenitally useful agents in the bioremediation of groundwater contaminated with pollutants such as toxins, radioactive metals or petroleum. They also have the ability to convert human and animal wastes or renewable biomass into electricity. This new research shows howGeobacter transfers electrons outside the cell onto metals or electrodes to achieve these processes. “These results help us understand how Geobacter can live in environments that lack oxygen and carry out such unique phenomena as removing organic and metal pollution from groundwater,” said Lovley.

Previous studies by Lovley showed that Geobacter produces fine, hairlike structures, known as pili, on just one side of the cell. Lovley’s team speculated that the pili might be miniature wires extending from the cell that would permit Geobacter to carry out its unique ability to transfer electrons outside the cell onto metals and electrodes. This was confirmed in a study using an atomic force microscope which found the pili were highly conductive. “Such long, thin conductive structures are unprecedented in biology,” said Lovley. “This completely changes our concept of how microorganisms can handle electrons, and it also seems likely that microbial nanowires could be useful materials for the development of extremely small electronic devices.” Manufacturing nanowires from more traditional materials such as metals, silica, or carbon is difficult and expensive. However, it is easy to grow billions of Geobacter cells in the laboratory and harvest the microbial nanowires that they produce. The researchers added that by altering the DNA sequence of the genes that encode for microbial nanowires, it may be possible to produce nanowires with different properties and functions.

“The remarkable and unexpected discovery of microbial structures comprising microbial nanowires that may enable a microbial community in a contaminated waste site to form mini-power grids could provide new approaches to using microbes to assist in the remediation of DOE waste sites; to support the operation of mini-environmental sensors, and to nano-manufacture in novel biological ways. This discovery also illustrates the continuing relevance of the physical sciences to today’s biological investigations,” said Aristides Patrinos of the U.S. Department of Energy, which funds the Geobacter research.