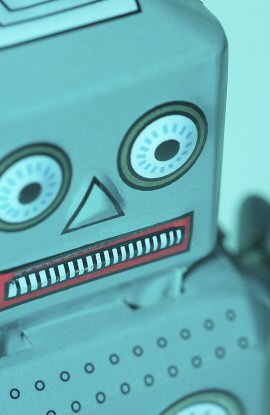 Computers usually execute whatever task they are programmed to do without "thinking" about the consequences. A new software language, however, promises to equip computers with reasoning powers that better reflect the subtleties intended by the commands of their human operators. Developed by a multi-national team of researchers working at the National Institute of Standards and Technology (NIST), the new software is claimed to make computers much more useful in manufacturing.

Known as ISO 18629, the new software language uses artificial intelligence (AI) that enables a computer to act on a word's "meaning," interpreting a command in the same way a person would. Researchers say that around 300 concepts, such as "duration" and "sequence", have been integrated into its software structure. By using language analysis a computer can apply these terms in the context of a dynamic workplace environment.

Normally when a person hears the commands "paint it, before shipping it" and "turn on the coolant, before milling", for example, they understand that the word "before" has slightly different meanings in these two different contexts. In the first command, it is understood that painting and drying must be completed prior to the next action, shipping. In the second command, however, the first action, turning on the coolant, continues after the milling starts. With the advent of ISO 18629, computer systems supporting this type of context-specific language will be able to make similar distinctions. The new software language is best suited for the exchange of process planning, validation, production scheduling and control information for guiding manufacturing processes.

Software vendors are currently awaiting the expected green light from The International Organization for Standardization (ISO) before they begin building a variety of manufacturing systems conforming to the fledgling ISO 18629 standard. What remains to be seen is whether malfunctions in computers with the new AI technology are attributed to a bug in the system, or a malevolent computer.