You are here: Home › News › First Synthesis of Ultracold Molecules Achieved
By Will Parker on April 4, 2005 in News 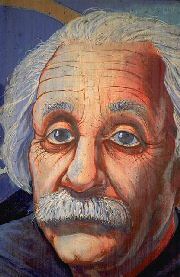 Research appearing in the journal Physical Review Lettersshows for the first time how ultra-cold matter can be arranged into complex molecules. The experiments – conducted by Cheng Chin at the University of Chicago and his colleagues under the leadership of Rudolf Grimm at Innsbruck University – may lead to a better scientific understanding of superconductivity and advance a growing new field called superchemistry. This new research may also provide a strategy that could aid in the development of quantum computers.

The team worked with a new form of matter, known as a Fermion superfluid, that was first produced in 2003. Superfluids exhibit characteristics distinctively different from the solids, liquids and gases that dominate everyday life. Most notably, superfluids can flow ceaselessly without any energy loss whatsoever. In creating the Fermion superfluid, the team built on the work of the 2001 research that created the first Bose-Einstein condensate.

The first Bose-Einstein condensate was created out of bosons, one of the two major categories of subatomic particles. Bosons carry force, while the other category of particles, fermions, comprise matter. Chin and the Innsbruck team showed in 2003 that, with some difficulty, fermions – in this case, lithium atoms – also can be coaxed into a Bose-Einstein condensate. “Atoms themselves cannot become condensed. They are not bosons,” Chin said. “But once they are paired they become bosons, and you can go to this superfluid state.”

The laws of quantum mechanics forbid fermions from condensing but Chin and his colleagues used a technique called Feshbach resonance to bind two atoms into a simple molecule that behaves like a boson. The process is carried out in a magnetic field and resembles the type of electron pairing that causes superconductivity. This type of electron pairing is called Cooper pairing. Cooper pairings are the long-distance marriages of the subatomic world, where electrons are bonded at distances far greater than usual. “We have discovered a handle to adjust the interactions between atoms and between molecules, which allows us to synthesize complex quantum objects,” Chin said. Two years ago, the Innsbruck scientists found a deep and unexpected connection between Bose-Einstein condensates and the bonding of Cooper pairs. They learned that they could use a pair of atoms to simulate the electrons of a Cooper pair. And more importantly, they could control the interactions of the atoms.

The synthesis of ultracold molecules is so new, it is difficult to predict potential applications, Chin said. But it puts a new field called superchemistry on a firm experimental footing. In superchemistry, scientists are able to precisely control the pairings and interactions of the atoms and molecules in Bose-Einstein condensates. “We are physicists, but now our field’s starting to overlap with chemistry,” Chin said.

As ultracold molecules are synthesized into complex quantum objects, phenomena hidden at the subatomic scale will now become visible. “These objects may open up completely new possibilities to study the rich quantum physics of few-body objects, including chemical reactions in the quantum world,” Grimm explained.