Half Of All Bankruptcies Caused By Medical Bills 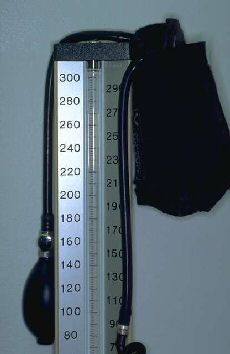 Surprisingly, over 75 percent of those bankrupted by medical problems were insured at the start of the bankrupting illness. Among those with private insurance, however, one-third had lost coverage - usually due to job loss - at least temporarily by the time they filed for bankruptcy. Out-of-pocket medical costs (for uncovered services) averaged $13,460 for those with private insurance at the onset of their illness, vs. $10,893 for the uninsured. The highest costs - averaging $18,005 - were incurred by those who initially had private coverage but lost it in the course of their illness. Many families were bankrupted by medical expenses well below the catastrophic thresholds of high deductible plans that are increasingly popular with employers.

The research, carried out jointly by researchers at Harvard Law School and Harvard Medical School, is the first in-depth study of medical causes of bankruptcy. With the cooperation of bankruptcy judges they administered questionnaires to nearly 2,000 bankruptcy filers and reviewed their court records. "Our study is frightening. Unless you're Bill Gates, you're just one serious illness away from bankruptcy. Most of the medically bankrupt were average Americans who happened to get sick. Health insurance offered little protection. Families with coverage faced unaffordable co-payments, deductibles and bills for uncovered items like physical therapy, psychiatric care and prescription drugs. And even the best job-based health insurance often vanished when prolonged illness caused job loss - precisely when families needed it most. Too often, private health insurance is an umbrella that melts in the rain," said David Himmelstein, lead author of the study. (The authors of the study note that even their own coverage from Harvard leaves them at risk for out-of-pocket costs above levels that often led to medical bankruptcy.)

"When medical debts and lost income from illnesses leave families facing a mountain of bills, bankruptcy is their last chance to stop the collection calls and try to put their lives back on track," noted Elizabeth Warren, a study co-author at Harvard. "Bankruptcy costs these families substantial assets and deep personal shame. A person may recover physically from a medical problem, but millions of Americans will never recover financially from their encounters with the health care system."