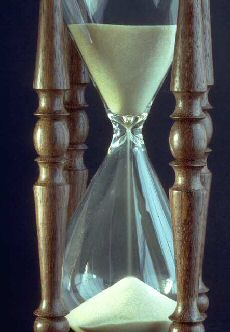 New York University researchers have developed a model of the intra-cellular mammalian biological clock that reveals how the rapid interaction of molecules with DNA produces reliable 24-hour rhythms. They also found that without the inherent randomness of molecular interactions within a cell, biological rhythms may dampen over time. In research appearing in the Proceedings of the National Academy of Sciences, Daniel Forger and Charles Peskin explain their mathematical model of the biological clock that replicates the hundreds of clock-related molecular reactions that occur within each mammalian cell.

Biological circadian clocks time daily events with remarkable accuracy - often within seconds each day. However, understanding how circadian clocks function has proven challenging to researchers. This is partly because the 24-hour rhythm is an emergent property of a complex network of many molecular interactions within a cell. Another complication is that molecular interactions are inherently random, which raises the question how a clock with such imprecise components can keep time so precisely. One way to combat molecular noise is to have large numbers of molecular interactions, but this is limited by the small numbers of molecules within the cell (there are only two copies of DNA).

The results of their computer simulation showed that reliable 24-hour timekeeping can only be achieved if the regulatory molecules that influence gene expression bind and unbind to DNA quickly - typically, within a minute. In this way, the large number of bindings and unbindings helps to compensate for the small numbers of molecules involved. The researchers also found that having more molecules in the cell does not necessarily lead to more accurate timekeeping. Removing all the CRY1 molecules (CRY1 mutant) or removing all the CRY2 molecules (CRY2 mutant), while keeping all other molecular species unchanged, leads to more accurate timekeeping. While simulating the PER2 mutation, they found that circadian oscillations could only be sustained in the presence of molecular noise. This may help explain some of the conflicting experimental reports about the PER2 mutant.

"Without the rapidity of molecular interactions within these cells, the precision of the biological clock would be lost. It is remarkable that a process occurring on the time scale of minutes can have such a profound effect on one that occurs over 24 hours," said Forger.