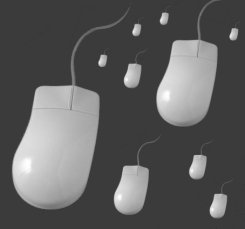 "By 2005, there will be 60 million laptop computers in use in the USA and a predicted 150 million worldwide. Continued improvements in power, size and price have favoured their increased use by younger people and laptop sales now exceed those of desktop computers," said lead researcher Dr Yefim Sheynkin.

"Laptops can reach internal operating temperatures of over 70& #176;C. They are frequently positioned close to the scrotum, and as well as being capable of producing direct local heat, they require the user to sit with his thighs close together to balance the machine, which traps the scrotum between the thighs."

"The body needs to maintain a proper testicular temperature for normal sperm production and development. Portable computers in a laptop position produce scrotal hyperthermia by both the direct heating effect of the computer and the sitting position necessary to balance the computer. The magnitude of scrotal hyperthermia associated with abnormal spermatogenesis is unclear. Previous studies suggest that 1& #176;C above the baseline is the possible minimal thermal gradient capable of inhibiting spermatogenesis and sperm concentration may be decreased by 40% per 1& #176;C increment of median daytime scrotal temperature," said Dr Sheynkin.

"Until further studies provide more information on this type of thermal exposure, teenage boys and young men may consider limiting their use of LC on their laps, as long-term use may have a detrimental effect on their reproductive health," Dr Sheynkin concluded.