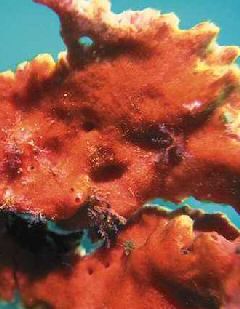 Scientists examining the Hawaiian bobtail squid have found that the same bacterial toxin that causes whooping cough and gonorrhea in humans is responsible for the development of an important organ in the squid. The toxin - known as tracheal cytotoxin - was found to spur the development of a light-producing organ that acts as a sort of "Klingon cloaking device," mimicking starlight to confuse hungry predators lurking in the depths. In humans, the same toxic molecule, produced by different species of bacteria, causes massive tissue damage in the lungs in the case of whooping cough and in the fallopian tubes in the case of gonorrhea. "The surprise of this study is that the molecules used to signal development of the organ in the squid are the same that signal for pathogenesis in the case of whooping cough or gonorrhea," said University of Wisconsin-Madison researcher Margaret McFall-Ngai.

The discovery that the toxin can be either good or bad - depending on its biological context - rattles long-held perceptions of microbes and their role as pathogens. Biologists may need to rethink the relationship between the world's many microorganisms and their host plants and animals, according to McFall-Ngai, author of the paper appearing in Science.

"It is all context dependent," says McFall-Ngai. "Until now, molecules of a virulent nature have not been recognized as having essential roles in development." When the squid are born, they are about half the size of a grain of rice, and they must acquire the toxin-producing bacteria from their ocean environment. Specialized features on the surface of the squid's nascent light organ facilitate colonization by the bacteria, which, in turn, promote the development of the functioning light organ. "If you deprive the animal of those microbes, the system doesn't develop," McFall-Ngai says. This critical symbiotic relationship, the Wisconsin scientist points out, almost certainly arose within the grand scheme of evolution where "all animals arose in the microbial soup of the ocean. In that context," she notes, "animals could develop a set of body plans that repel bacteria or associate with them."

In people, it is estimated that there are no fewer than 2,300 different kinds of bacteria that live in either beneficial or benign harmony with their human hosts. Many of those live in the gut and help with critical processes, such as digestion and the provision of certain vitamins. Also, the bacterial partners that normally occur with the healthy human are critical for the development of the immune system. There is evidence, for example, that their influence is responsible for suppressing autoimmune disease and allergies. In contrast, there are probably no more than 100 species of bacteria that cause serious illness in humans. The implications that humans are awash in benign and beneficial microbes raises new concerns about the overuse of antibiotics, and suggests that medical science - with its emphasis on studies of pathogenic bacteria - is overlooking a vast biological domain that may have an important influence on human health and well-being. "We're walking ecosystems. We've known that," says McFall-Ngai. "What's new is how many there are and how much we rely on them."

McFall-Ngai says that the new finding should be cause for yet more caution in the administration of antibiotics. The ability of pathogenic microbes to acquire resistance to commonly used antibiotics has been the primary concern. But because the agents kill microbes indiscriminately, microorganisms that play important roles within their human hosts also are at risk.