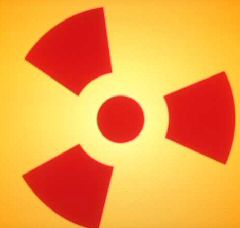 Scientists at Washington University in St. Louis have learnt some new tricks about operating a nuclear reactor from Mother Nature herself. Their research - appearing in Physical Review Letters - looked at the isotopic structure of noble gases produced from the only known natural nuclear fission chain reaction site in the world in Gabon, West Africa. It was known that the natural nuclear reactor operated two billion years ago for 150 million years at an average power of 100 kilowatts. The Washington University team solved the mystery of how the reactor worked and why it didn't blow up.

Analyzing rock fragments taken from the Gabon site, Alexander Meshik, from Washington University, has calculated that the precise isotopic structure of xenon in the sample reveals an operation that worked like a geyser. The reactor, active two billion years ago, worked on a 30-minute reaction cycle, accompanied by a two-and-a-half hour dormant period, or cool down. "This similarity to a geyser suggests that a half an hour after the onset of the chain reaction, unbounded water was converted to steam, decreasing the thermal neutron flux and making the reactor sub-critical. It took at least two-and-a-half hours for the reactor to cool down until fission xenon began to retain. Then the water returned to the reactor zone, providing neutron moderation and once again establishing a self-sustaining chain," said the researchers.

The xenon found and analyzed provides the story of this ancient natural nuclear reactor. Meshik and his colleagues inferred from the xenon analysis the mode of operation and also the method of safely storing nuclear wastes, particularly fission xenon and krypton. "This is very impressive, to think this natural system not only went critical, it also safely stored the waste," said Meshik. "Nature is much smarter than we are. Nature is the first genius. We have all kinds of problems with modern-day nuclear reactors. This reactor is so independent, with no electronics, no models. Just using the fact that water boiled at the reactor site might give contemporary nuclear reactor researchers ideas on how to operate more safely and efficiently."

In 1952, the late Paul Kuroda predicted that if the right conditions existed, a natural nuclear reactor system could go critical. Twenty years later, noticing that uranium ore from the Oklo mine was depleted in 235 Uranium , it was discovered that the site had once been a natural nuclear reaction system. "The big question we addressed was: When it reached criticality, why didn't it blow up?" Meshik said. "We found the answer in the xenon."

Analysis of the xenon, the largest concentration of xenon ever found in any natural material, confirmed the water method. It also revealed the role of alumophosphate as the system's waste absorber. Xenon is extremely rare on earth and very characteristic of the fission process. Chemically inert, the element has nine isotopes and is abundant in many nuclear processes. "You get a big diagnostic fingerprint with xenon, and it's easy to purify," said co-researcher Hohenberg, who noted the importance of alumophosphate in the natural nuclear reactor. "More krypton 85, a major waste from modern nuclear reactors, is getting piped into the atmosphere each year," he said. "Maybe this natural mode can suggest a safer solution."