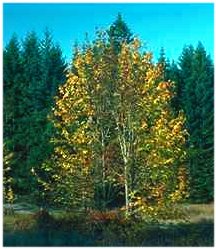 Despite sub-zero temperatures, the Earth’s warming north may add more carbon to the atmosphere from soil, accelerating climate warming further. “The 3 to 7 degree Fahrenheit rise in temperature predicted by global climate computer models could cause the breakdown of the arctic tundra’s vast store of soil carbon,” said Michelle Mack, an ecologist at the University of Florida (UF). The study, published in Nature, says arctic soil would release more of the greenhouse gas carbon dioxide into the air than plants are capable of taking in. This type of positive feedback will make the Earth’s climate change even more rapidly.

The findings were collected in a 20-year experiment of the effects of fertilization on the arctic tundra at Toolik Lake, Alaska. One-third of the Earth’s soil carbon is locked in northern latitudes because low temperatures and water-saturated soil slow the decomposition of organic matter by bacteria, fungi and other organisms.

Scientists added nitrogen and phosphorous fertilizer to the soil to simulate the release of nutrients from decomposing soil organic matter. The scientists hypothesized the fertilizer would stimulate plant growth, remove carbon from the atmosphere and eventually add it to the soil as plants shed dead leaves and roots over time. Thus, the whole ecosystem was thought to be gaining carbon after fertilization.

However, Mack and her colleagues found exactly the opposite. Even though plants grew more, and more carbon was stored in plants and in the surface of the soil, the whole ecosystem did not gain carbon. “Instead, it lost a tremendous amount from the deepest soil layers, probably because increased nitrogen accelerated the decomposition of organic matter by soil organisms, thereby releasing carbon dioxide,” said Mack

The results could have implications for ecosystems in other regions of the world as well, said Edward Schuur, also from UF. Places such as the northeastern U.S. and Europe, where acid rain has increased the amount of nitrogen deposited into the ecosystem from the atmosphere, also could experience an increased loss of soil carbon in response to higher nitrogen inputs.

“It may be that not just arctic ecosystems, but those in other parts of the world will have a similar decomposition response to increased nitrogen,” Schuur speculated. “Increased nitrogen levels are thought to have caused trees to grow more in many places. These places may experience the same kinds of effects below ground that we’ve noted.”

It had been supposed that global warming would have two opposing effects on arctic soils. First, it would increase the breakdown of soil organic matter, releasing carbon dioxide, the major cause of warming, into the atmosphere. Second, the breakdown of organic matter would liberate nutrients that would enhance rates of plant growth, thereby removing carbon dioxide from the atmosphere. But this study demonstrates another factor at work. “This work demonstrated beautifully that there is another, even stronger effect, that an increase in nutrients also enhances the breakdown of soil organic matter,” said researcher Peter Vitousek. “The overall effect of warming especially in the Arctic will be to release carbon dioxide to the atmosphere, enhancing the likelihood of further warming.”