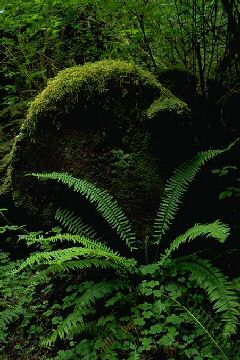 Linguist Benjamin Lee Whorf posed the theory that language can determine the nature and content of thought. But are there concepts in one culture that people of another culture simply cannot understand because their language has no words for it? New findings by Dr. Peter Gordon, a bio-behavioral scientist at Columbia University, strongly support a "yes" answer. Gordon has spent the past several years studying the Pirah�, an isolated Amazon tribe of fewer than 200 people, whose language contains no words for numbers beyond "one," "two" and "many." Even the Piraha word for "one" appears to refer to "roughly one" or a small quantity, as opposed to the exact connotation of singleness in other languages.

What these experiments show, according to Gordon, is how having the right linguistic resources can carve out one's reality. "Whorf says that language divides the world into different categories," Gordon said.

"Whether one language chooses to distinguish one thing versus another affects how an individual perceives reality."

When given numerical tasks by Gordon in which they were asked to match small sets of objects in varying configurations, adult members of the tribe responded accurately with up to two or three items, but their performance declined when challenged with eight to 10 items, and dropped to zero with larger sets of objects. The only exception to this performance was with tasks involving unevenly spaced objects. Here, the performance of participants deteriorated as the number of items increased to 6 items. Yet for sets of 7 to 10 objects, performance was near perfect. Though these tasks were designed to be more difficult, Gordon hypothesizes that the uneven spacing allowed subjects to perceive the items as smaller "chunks" of 2 or 3 items that they could then match to corresponding groups.

According to the study, performance by the Piraha was poor for set sizes above 2 or 3, but it was not random. "Pirah� participants were actually trying very hard to get the answers correct, and they clearly understood the tasks," Gordon said. Participants showed evidence of using methods of estimation and chunking to guess at quantities in larger set sizes. On average, they performed about as well as college students engaged in more complex numerical estimation tasks. Their skill levels were similar to those in pre-linguistic infants, monkeys, birds and rodents, and appeared to correlate to recent brain imaging studies indicating a different sort of numerical competence that seems to be immune to numerical language deprivation. Interestingly, Gordon noted, while Pirah� adults had difficulty learning larger numbers, Piraha children did not.

While the Pirah� words for "one" and "two" do not necessarily always refer to those specific amounts, Gordon also found that members of the tribe never used those words in combination to denote larger quantities. In the study, they also used their fingers in addition to their verbal statement of quantity, but this practice, too, was found to be highly inaccurate even for small numbers less than five.

The Pirah� language has no word for "number," and pronouns do not designate number - "he" and "they" are the same word. Most standard quantifiers like "more," "several," "all," and "each" do not exist. In general, the Pirah� language does not allow for certain kinds of comparative constructions. For example, it was not possible to ask participants whether one group of objects "has more nuts than the other" because of the lack of that construction in the Pirah� grammar. Yet, the word they use for "many," which in that language was derived from a form of the verb meaning "to bring together," is distinct from a word that means something like "much."