Carnivores Facing Extinction Have Only Themselves To Blame 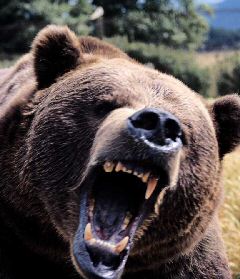 The researchers conclude that there is no room for complacency about the security of species simply because they are not currently considered globally threatened. "There is a strong case to be made for pre-emptive conservation of species - that live in regions of rapid human population growth and have a biology predisposing them to decline," they write. They highlight in particular the threat to civets and genets, even though they are currently considered relatively safe.

The researchers suggest action now would offset greater danger later, "Arguably, maintaining the stability of particularly susceptible species before they become threatened could be more cost-effective in the long term than postdecline attempts to rescue them from the brink of extinction," they conclude.

"We need to keep an eye on species before they start declining to extinction," said Dr Cardillo. "What we think is safe now may soon go through a rapid decline. We shouldn't be too confident about the species around us now. This is a preliminary study, the first to examine a global level of extinction risk at the species level and at the same time consider biology's intrinsic influence. Now we intend to extend our methods to all 4,500 terrestrial mammals, to see if there are general predictors of extinction risk and that these rules apply between orders of animals."